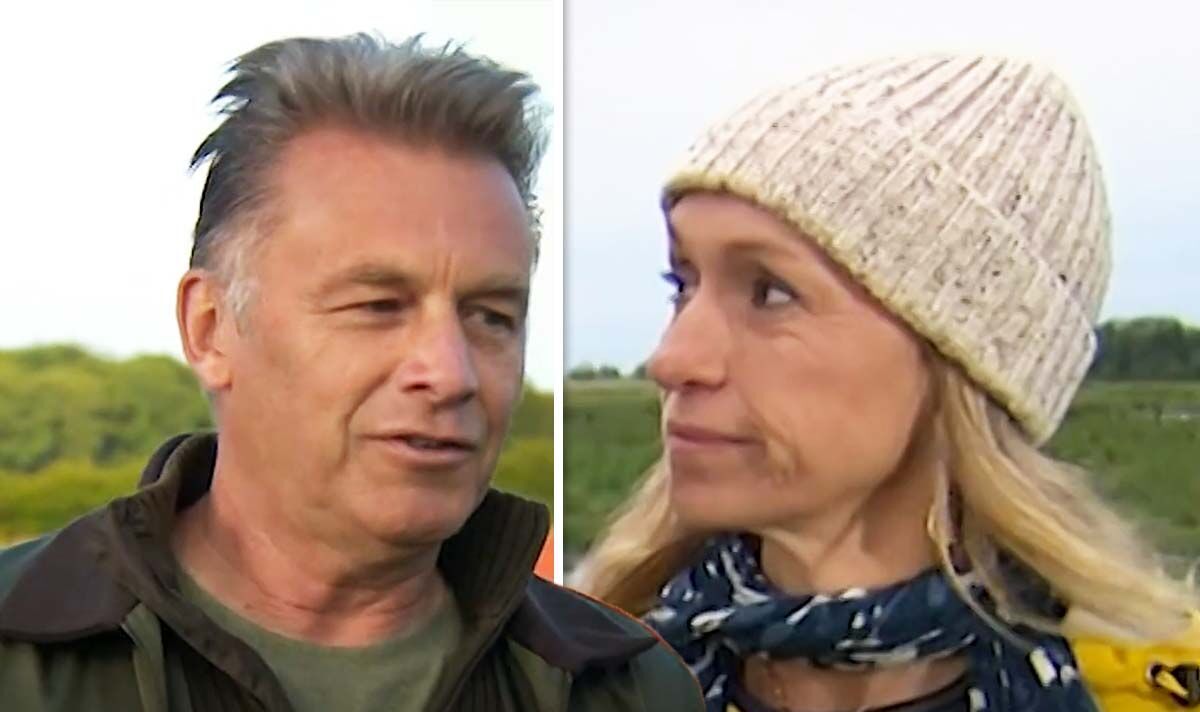 Chris Packham made a quip at Michaela Strachan’s expense on Monday’s Springwatch when he told her to “lay off the gin”. The naturalist made the comment as the presenting pair introduced the show’s final week of the season.

Michaela said: “As Chris said, it is our final week and Thursday was the end of week two.

“Clearly we got a little tongue-tied because we were making up dates, names, and even inventing species.”

A montage then played that featured some of the presenters’ blunders over the BBC Two series.

They included Chris referring to the year as “2020”, his stepdaughter Megan McCubbin calling a gunpowder shed a “gun ped showder” and Michaela becoming flustered and mistakenly branding a long-tailed tit a “long tit tail”.

Following the montage, Chris hung his head in shame and wiped his brow.

Michaela giggled and said she thought “long tit tail” was a “great name”, to which Chris looked at her disapprovingly.

The 61-year-old then quipped: “How many times have I told you to lay off the gin before the programme?”

Michaela broke into laughter and joked that she had “got a bit carried away”, while mimicking the action of her drinking.

Last week, Megan shocked some viewers when she said: “I love a shag,” as she talked about the appearance of a bird.

Live from Hauxley Nature Reserve, Megan told viewers about a grey heron that was using “precise precision to capture its prey”.

Referring to its appearance, she added: “Look at that, shaking its head.

The innocent comment didn’t go unnoticed by viewers, and some took to social media to share their confusion.

While Geoff joked: “How much was the presenter dared on #springwatch to say, ‘I do love a shag’?”

Jo, however, found the comment hysterical and said: “’I do love a shag’ oh Megan that cracked me up! #springwatch.”