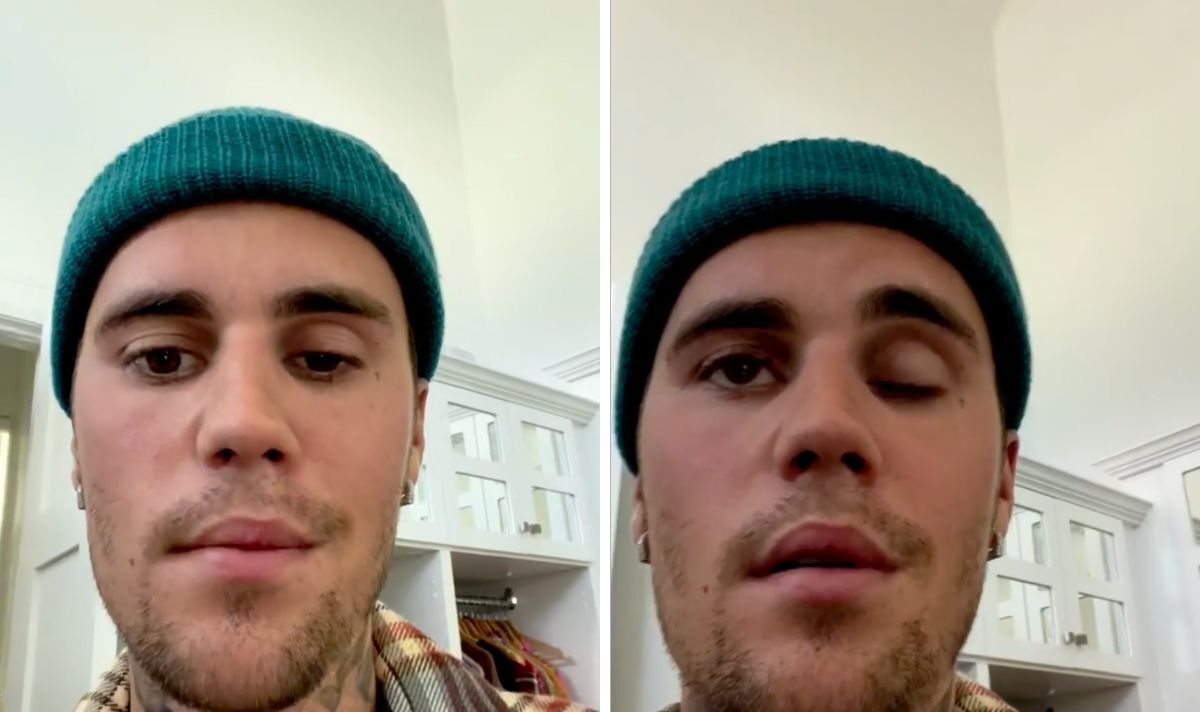 Justin Bieber, 28, has shared a three-minute clip on Instagram explaining his temporary facial paralysis. It means that Justin’s right eye is unable to blink and the right side of his face is unable to move.

He revealed that he feared struggling to eat after he revealed the diagnosis was Ramsay Hunt syndrome – a rare neurological disorder characterizsed by paralysis of the facial nerve (facial palsy) and a rash affecting the ear or mouth.

The reveal came days after the pop star was forced to cancel dates on his Justice World Tour and has asked fans to pray for him.

He shared the clip explaining the diagnosis which is a complication of shingles that can lead to facial paralysis.

But he added he was going to “rest and get better”.

In the clip posted on Friday, Justin showed the devastating effects of his diagnosis.

He showed how his eye wasn’t blinking, can’t smile, and his nostrils don’t move at all on the right side of his face.

According to FacialPalsy.org.uk, if antiviral treatment is given within 72 hours of developing symptoms, roughly 70 per cent of people will experience a full recovery.