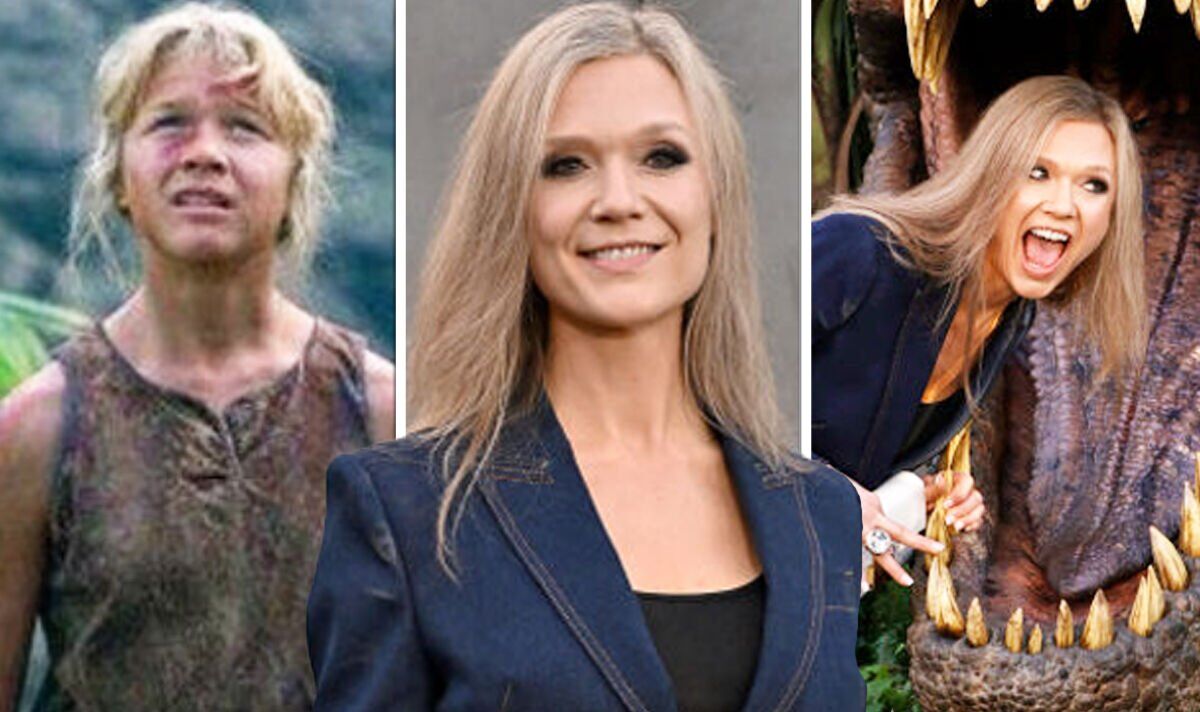 Ariana Richards, who starred in Jurassic Park as a child, attended the premiere of the latest installment of the movie’s dinosaur saga.

The 42-year-old wowed fans as she made a surprise appearance at the Chinese Theatre in Hollywood on Monday.

The actress looked chic in a dark blue denim suit as she walked the grey carpet at the Jurassic World: Dominion premiere.

Ariana kept her blonde tresses straight as she rocked light makeup to accentuate her features.

The on-screen star kept her look simple as she sported open-toe heels accompanied with a clutch bag.

To celebrate, Ariana was invited to the star-studded bash, as she posed cheekily in the mouth of a model T-Rex, and smiled for the cameras.

The actress played teenager Lex in the original movie.

Fans were stunned to see Ariana almost 30 years after she made her debut as the tech-savvy teenager Lex Murphy in the original 1993 film.

She shot to superstardom when she landed the role in director Steven Spielberg’s first film in the dinosaur saga, playing the granddaughter of John Hammond, who created the fictional park.