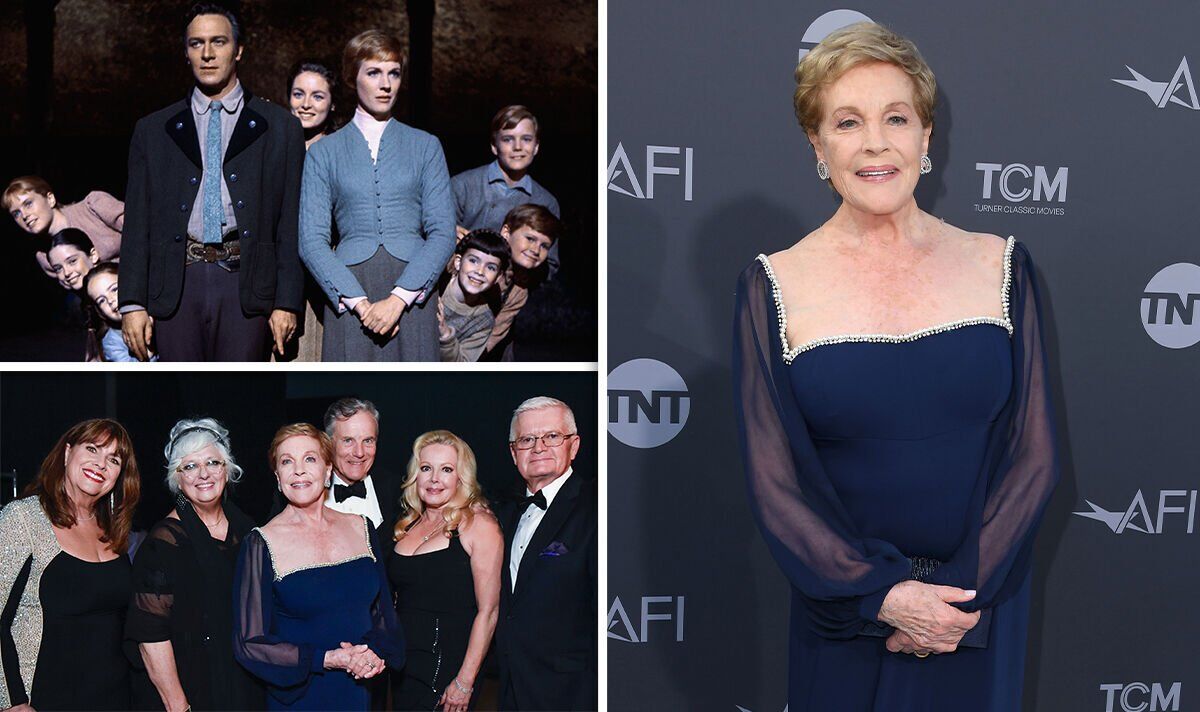 Julie Andrews, 86, looked younger than her years as she took to the red carpet yesterday for the 48th AFI Life Achievement Award Gala.

The actress stunned in a navy blue gown as she posed for numerous photographs.

Dame Julie wore her hair in its signature curled look, and accessorised with pendant earrings.

The dress featured a low-cut, square neckline that was trimmed with pearls.

The Mary Poppins star paired the outfit with a navy sparkle clutch, as she attended the ceremony to receive the prestigious award.

The actress was nominated for an Academy Award for Best Actress for her role as Maria von Trapp in the musical drama.

Some 57 years after its release, five of those seven child actors were able to attend the ceremony in honor of Julie.

It was first announced that the Sound of Music legend would be honoured with the achievement award back in 2019.

Sadly, two of the children from the iconic movie musical’s cast have now died, leaving the five to attend.

Also, Heather Menzies, who played Louisa, died at 68 in December 2017.

Speaking to LA Times about the nomination, she said: “I’m enormously honored that AFI chose me.

“It is a little bit stunning. It makes me hugely aware that there was a large volume of work. “When you’re in it, you’re so busy doing the work that you don’t take stock of what you’ve done. And when someone else does, you marvel: ‘Wow, that’s a lot’.”