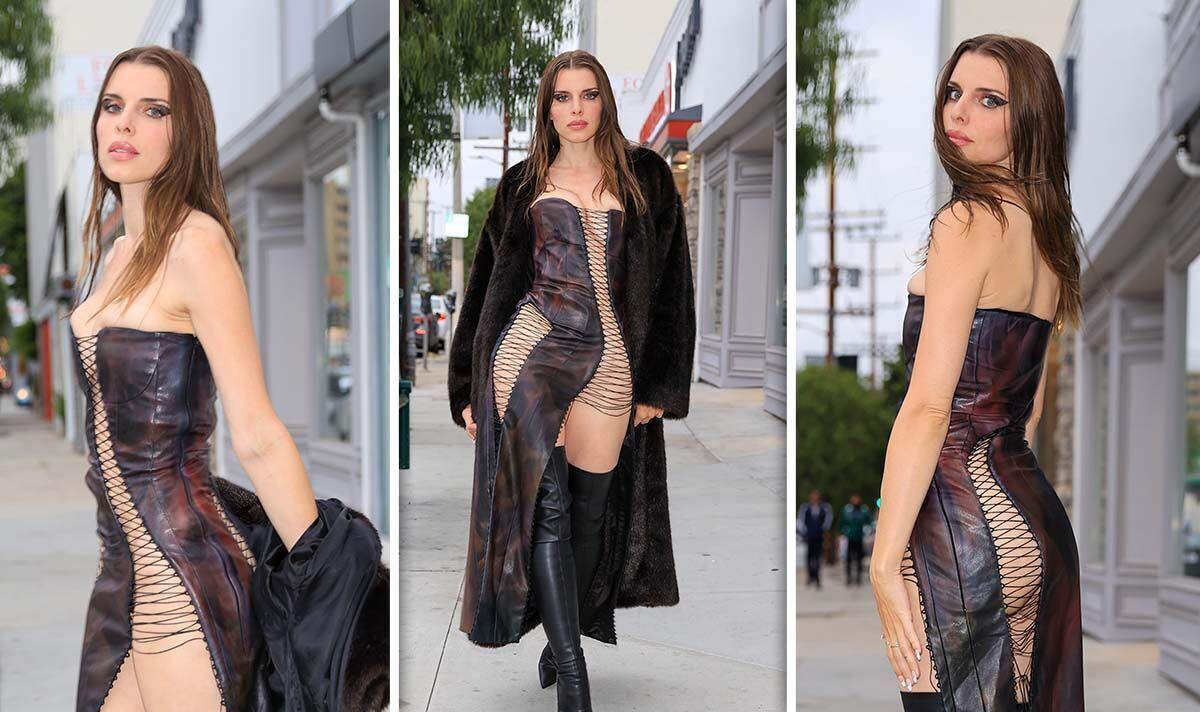 Julia Fox, 32, ensured all eyes were on her as she stepped out in a very daring leather dress with matching thigh-high boots. The actress risked a wardrobe malfunction as her plunging outfit meant she had to forgo underwear.

Julia’s black dress featured a cut-out all the way from her bust to her thigh.

The garm was only held together by thin string and had another daring cut at the back which meant Julia revealed her bare behind.

The strapless number included a faded red and black print which she paired with some very sexy sky-high leather boots.

The Uncut Gems star added a chic fur coat as she strutted her stuff in West Hollywood.

Her hair was styled straight and she sported her signature dramatic eye makeup.

Kanye West’s ex was heading out for dinner with her friends.

She joined model Richie Shazam and others to eat at a Japanese restaurant, Izakaya.