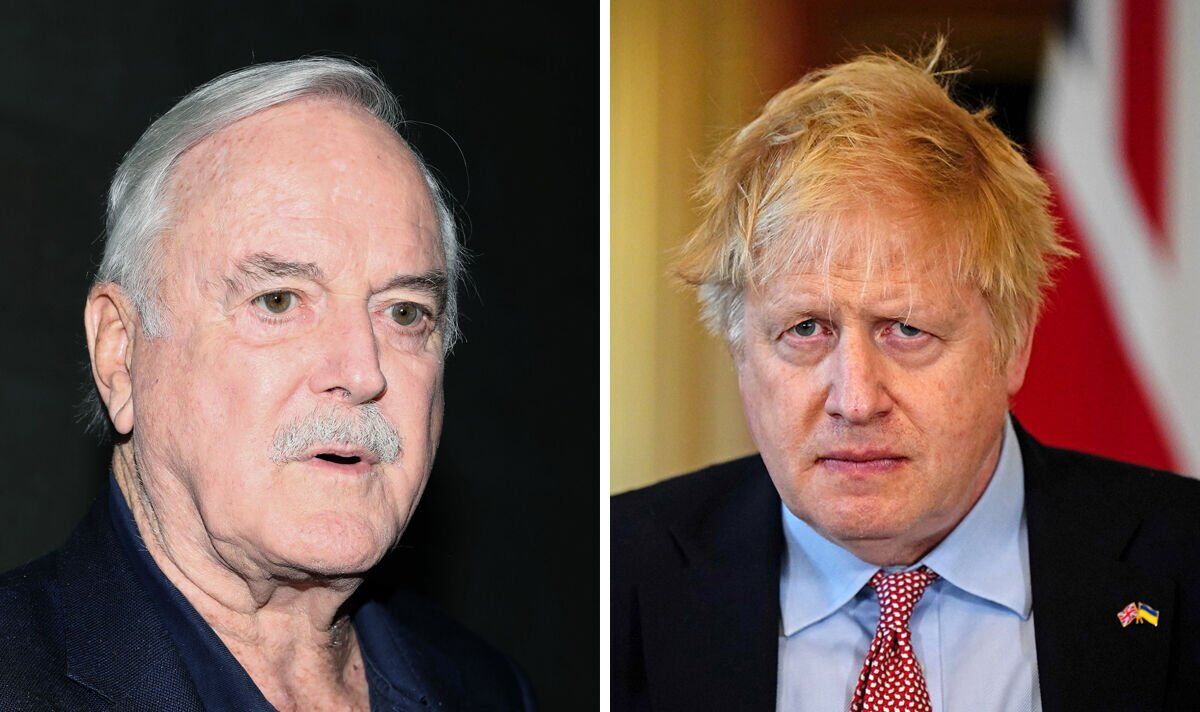 John Cleese, 82, has taken to Twitter, in view of his 5.7 million followers, to share his anger following images that have emerged which appear to show Boris Johnson drinking at an event during a Covid lockdown. In response to a tweet describing how a Downing Street security guard was reportedly mocked when they tried to stop a party, John slammed the Prime Minister.

The Monty Python star said: “We should not have a chancer like this running our country.”

The actor, comedian and screenwriter has previously shared anti-Conservative Party feelings on his social media accounts.

The Met Police confirmed Thursday they had concluded their investigation into partying inside Government buildings during the lockdown.

They had issued 126 fines in total.

READ MORE: Jennifer Saunders says ‘no one warned her’ of ‘brutal’ health struggle

John wrote: “I assume the upper-class Twit of the decade, Rees-Mogg, was satisfied when he learned that Sadiq Khan’s flights to and from the US were paid for by the airline.

“No surprise, since he had no problem with the 40 thousand pounds of taxpayers’ money that Johnson’s delegation had cost.”

Rees-Mogg referred to Khan as “swanning off” around the world.

He added that the move was “tough on taxpayers.”