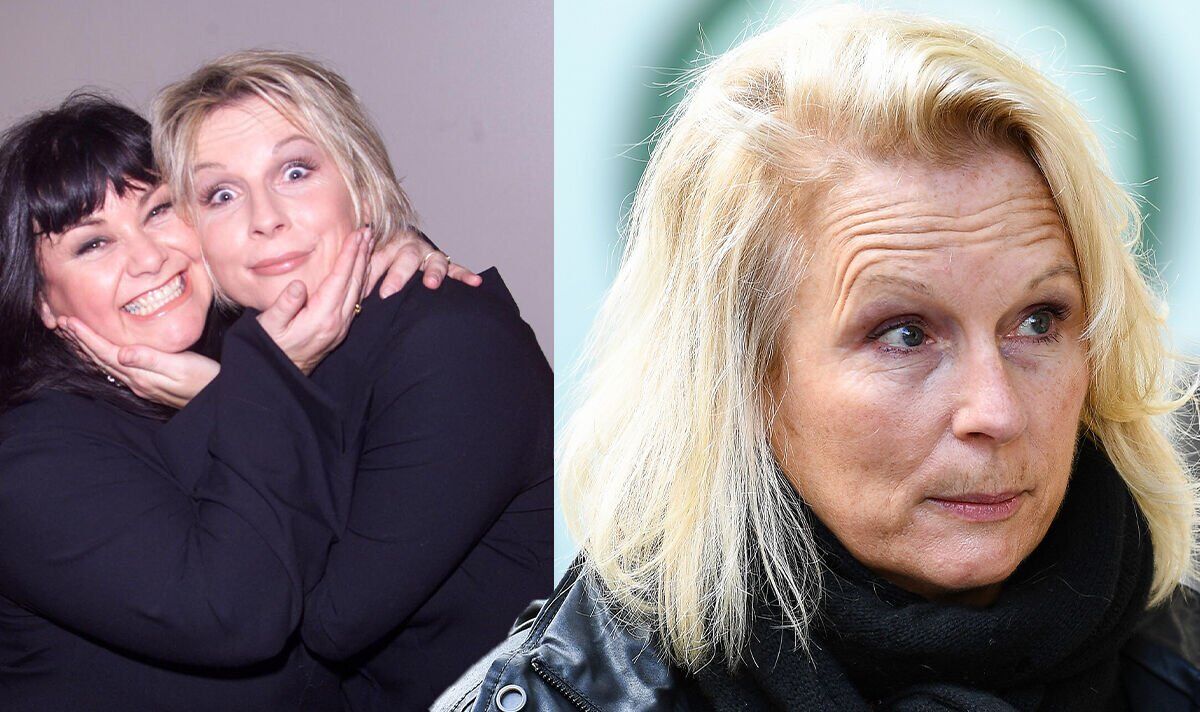 Jennifer Saunders, 63, worked with Dawn French in their eponymous sketch show, French and Saunders. As the actress was promoting her latest West End musical, Jennifer couldn’t help but remember a sketch the comic duo did that she was “ashamed of”.

Jennifer has been promoting her role in Sister Act The Musical, running at London’s Eventim Apollo this summer.

The actress went on Zoe Ball’s Radio 2 Breakfast show this morning to discuss her upcoming commitments.

Zoe asked Jennifer about the musical: “Is it the first time you have been a nun?

“I seem to remember you and Dawn have been Nuns before, I fear you may have?”

Jennifer, giggling, replied: “Dawn and I have played some Irish nuns in a sketch once.

“I do remember my accent went around the world and I am slightly ashamed of that.”

Jennifer then discussed her love for habits, the name of nuns’ overalls.

She continued: “A habit is a great thing because you don’t have to think about your hair and makeup and you can get the size of a house inside a habit, it doesn’t matter.

Jennifer will also star alongside the likes of Beverley Knight, Keala Settle, and Lesley Joseph.

Speaking about the delayed musical, producer James Wilson said: “Hallelujah! We are thrilled to be finally sharing the news of this stellar cast and cannot thank audiences enough for their patience and support for the production since we first announced way back in 2019.

“I am so excited that the immense talents of Jennifer Saunders and Beverley Knight will be leading the company.

Based on the iconic movie, this tribute to the universal power of friendship, sisterhood and music tells the hilarious story of the disco diva whose life takes a surprising turn when she witnesses a murder.

She is then forced to hide in a convent, where she has to become a nun.