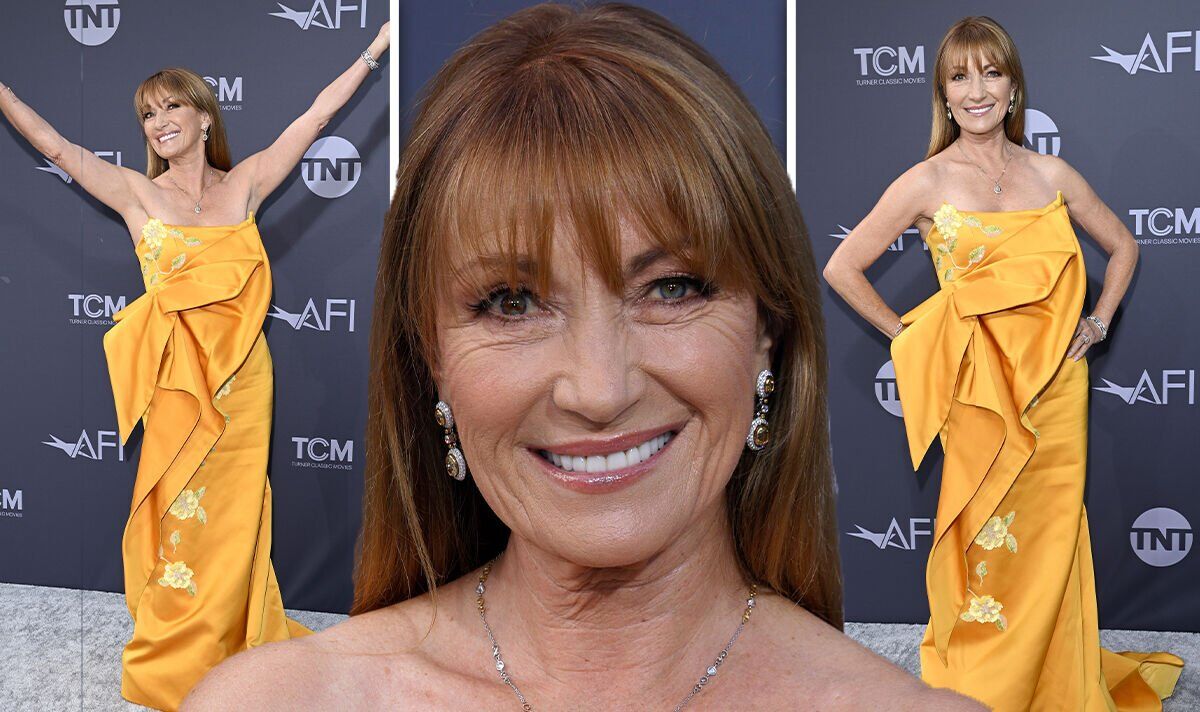 She accessorised the bright gown with silver jewellery, not taking attention away from the colourful dress.

Live And Let Die star Jane also wore her signature brunette tresses in a straight ‘do, while she opted for a simple makeup palette.

Julie Andrews was the recipient of the coveted award, which is considered to be “the highest honor for a career in film”.

This comes as Jane was left having to defend herself over plastic surgery claims when she was called out for forgetting to mention certain surgeries in an interview.

After previously saying she had “never had any work done” the actress took back these comments earlier this year when she spoke to Steph McGovern.

She said: “They got it wrong and I’ll set you right… I was asked when I did Wedding Crashers if I had done anything, so I was honest, I’m always honest.

“I said, ‘Yes, when I was 40, I had my breasts improved because my two children had been fed quite well and I felt they needed a little help’.

“I don’t have anything against anyone doing plastic surgery, I’ve never said that I haven’t done anything.

“I think I was probably asked if you have done a facelift and I said no, I haven’t. That doesn’t mean I don’t think anyone else shouldn’t.”