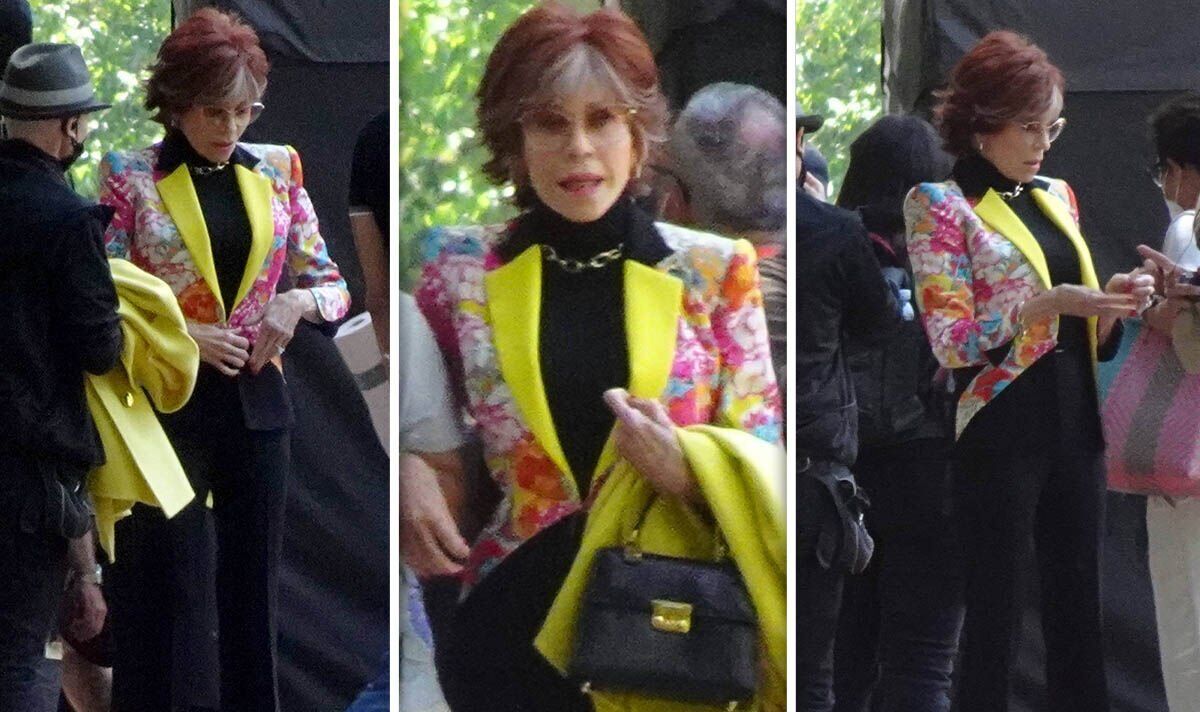 Jane Fonda, 84, debuted her drastic new hair colour while out and about on set in Rome, Italy.

The Hollywood icon looked beyond youthful as she debuted her chestnut hair, featuring platinum silver streaks.

She styled the outfit with a gold necklace, pump shoes and a black and gold clutch bag.

Jane was filming in Villa Borghese Park in Rome for Book Club 2.

The storyline follows four friends who read Fifty Shades of Grey as part of their monthly book club, and subsequently begin to change how they view their personal relationships.

The film received mixed reviews from critics, but the performances of the cast were widely praised, grossing over $104 million worldwide at the box office, against its $14 million budget.