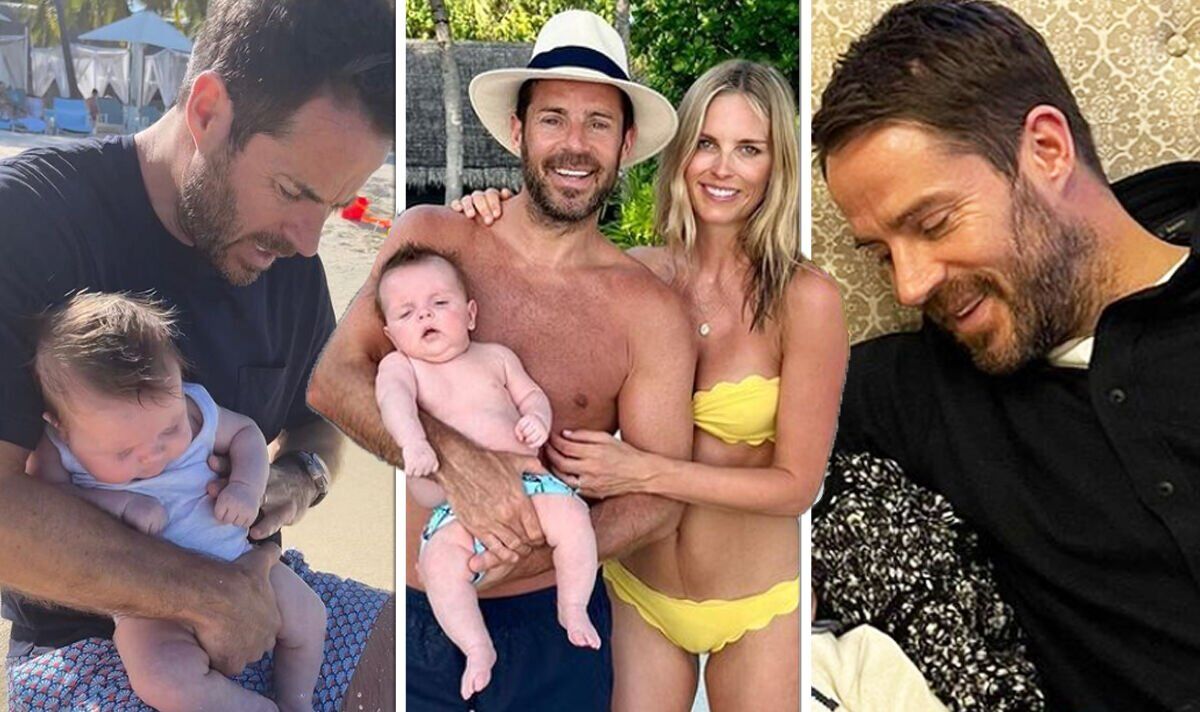 Jamie Redknapp’s wife Frida, 38, took to Instagram on Sunday and shared photos to share snaps of the former Liverpool and England football player, 48, with their six-month-old son Raphael.

The model revealed it was an important milestone for their baby boy as it was his and Jamie’s first Father’s Day together.

The first photo showed the football pundit looking adoringly at his youngest child.

Another image showed the duo lying on a couch together which appeared to have been captured just weeks after the toddler was born.

The Swedish beauty also included a photo of the pair on the beach during their first holiday together which was taken earlier this year.

She captioned the post: “Happy Fathers Day to all the great dads out there. Rapha’s 1st one with his amazing and special daddy.”