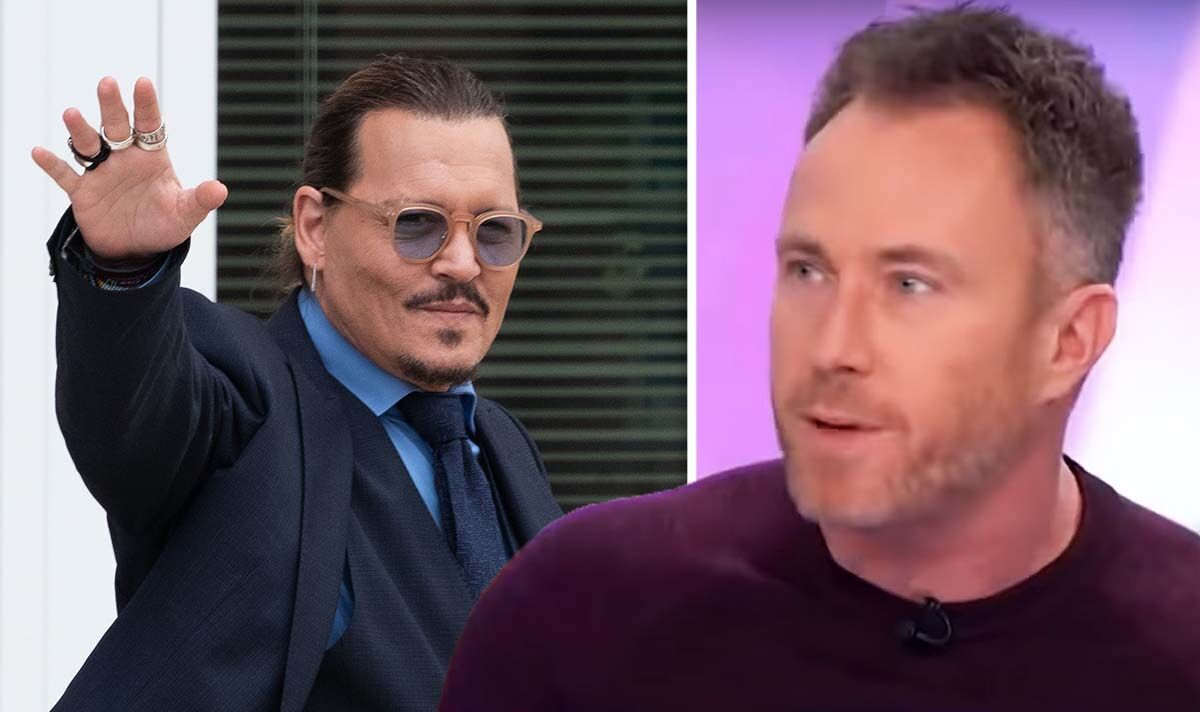 Former Strictly Come Dancing professional James Jordan, 44, has retaliated after he was condemned for making a joke about Johnny Depp’s libel trial victory against his ex-wife, Amber Heard.

On Friday evening, James took to Instagram to weigh in on the verdict in view of his 244,000 followers.

He shared a meme of the Pirates Of The Caribbean actor which featured a photograph of him triumphantly pointing at the camera.

It included the words: “Johnny Depp, the first man to ever win an argument with a woman!”

James then added in the caption: “And probably the last,” with a laughing emoji.

The post divided users with some hitting out at the reality star that it was in poor taste.

Flagstaff wrote: “It’s all very tragic really. So much fame, money and power for it to end like this! Pitiful to have all your accomplishments pushed aside by the s**t show that the defamation trial was. One all to both of them, her in London, him in here. Sorry state of affairs.”

And Kevin replied: “I can’t believe the amount of people who haven’t got any sense of humour.”

James himself took to his Story later that evening to weigh in on the backlash.

He raged: “People get offended by everything nowadays.

“If you are one of the people that got offended on my grid post PLEASE unfollow me you boring t**ts.”

The verdict, which was announced earlier this week, ruled that Amber was guilty of defamation in her 2018 op-ed.

The statements include the headline: “I spoke up against sexual violence – and faced our culture’s wrath. That has to change.”

And two other sentences: “Then two years ago, I became a public figure representing domestic abuse, and I felt the full force of our culture’s wrath for women who speak out.”

And: “I had the rare vantage point of seeing, in real time, how institutions protect men accused of abuse.”

Mr Depp won all three of his claims and has been awarded $10.4m in damages.

Ms Heard only won one of her three claims in her countersuit.

The jury found that Mr Depp defamed her through his lawyer Adam Waldman and will have to pay her $2m.