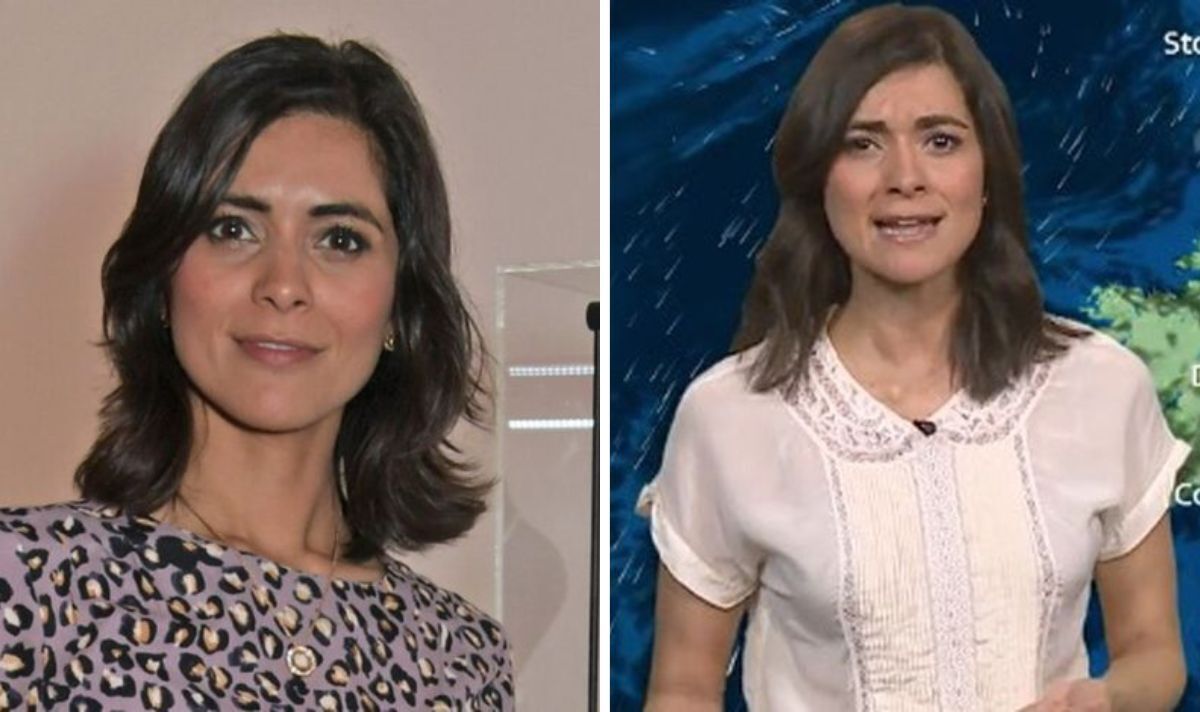 Lucy Verasamy, 41, has taken to Twitter in response to a follower’s comment questioning her failure to point out the weather in Scotland and Northern Ireland. Her initial tweet explained that people in England and Wales should be prepared for “searing heat” by the end of the week.

The weather presenter warned her 171,700 followers to “be prepared”.

She explained that the temperatures would rise above 30 degrees in many areas of England and Wales this week.

Lucy wrote: “Searing heat by the end of this week – more than +30C for many areas of England & Wales.

“And remember – that’s the temperature in the shade!

The Twitter user then replied: “Thanks for the reply, Lucy.

“Wouldn’t mind some of the uncomfortable weather to be honest!”

It comes after the ITV presenter took to social media earlier this week to show fans her trip to the Cotswolds.

The meteorologist was snapped posing amid the greenery, as she wrote in the caption: “Swapped the city for the Cotswolds – colourful location for the @itvnews this evening.