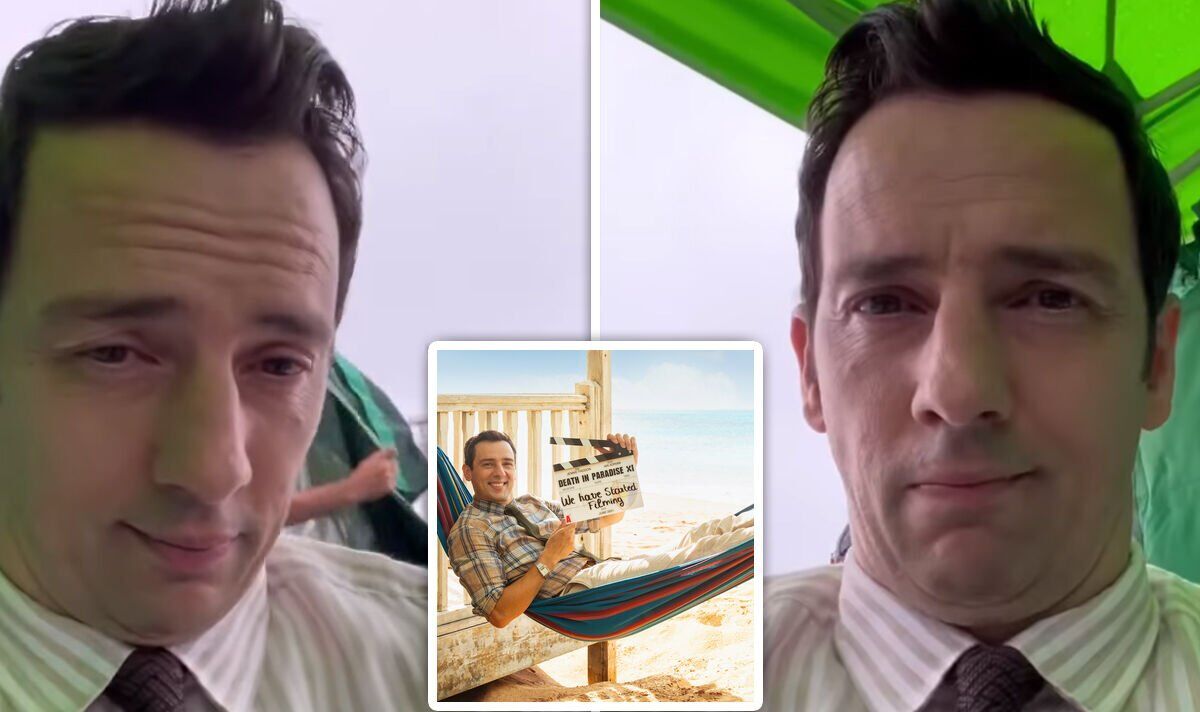 Ralf Little, 42, has been on BBC’s Death in Paradise since 2020 starring as DCI Neville Parker. The actor has become a firm favourite on the show, as the actor took to Instagram today to share an update with fans on how filming is going in the Caribbean.

Ralf took to Instagram earlier today to post a short video from the series set on the Caribbean island of Guadeloupe.

In the video, Ralf can be seen looking fed up as he pans the camera away from his tent to the awful rain and storms in the Caribbean.

He joked: “Paradise!” before moving the camera around again, and concluding with: “It happens!”

Ralf then panned the camera towards his colleague, Shantol Jackson who plays Sergeant Naomi Thomas in the drama.

The smiling actor posted a video overlooking the sunset, captioning the video: “Greetings from Guadeloupe. Excited to be back on set and show you guys series 12! #deathinparadise.”

In the clip, he said: “Greetings from our first Friday night in the Caribbean since we started filming Death in Paradise series 12…

“Just giving you all a shout out, we’re actually working tomorrow but it’s our first Friday night and we’ve settled in…

“I think you’re going to really enjoy series 12, I think the Christmas special is going to be great.

“Just wishing a load of love back home, I hope you’re all doing ok and I’ll see you back there for Christmas, I can’t wait!”

He added: “I can wait… very happy to be here, I might not rush back.”

Apart from the BBC series, it was announced earlier this month that Ralf would be appearing in the upcoming series of Who Do You Think You Are?

According to the show’s synopsis, Ralf’s episode will see him “discover a footballing legacy and a deeper connection to his hometown of Manchester.”