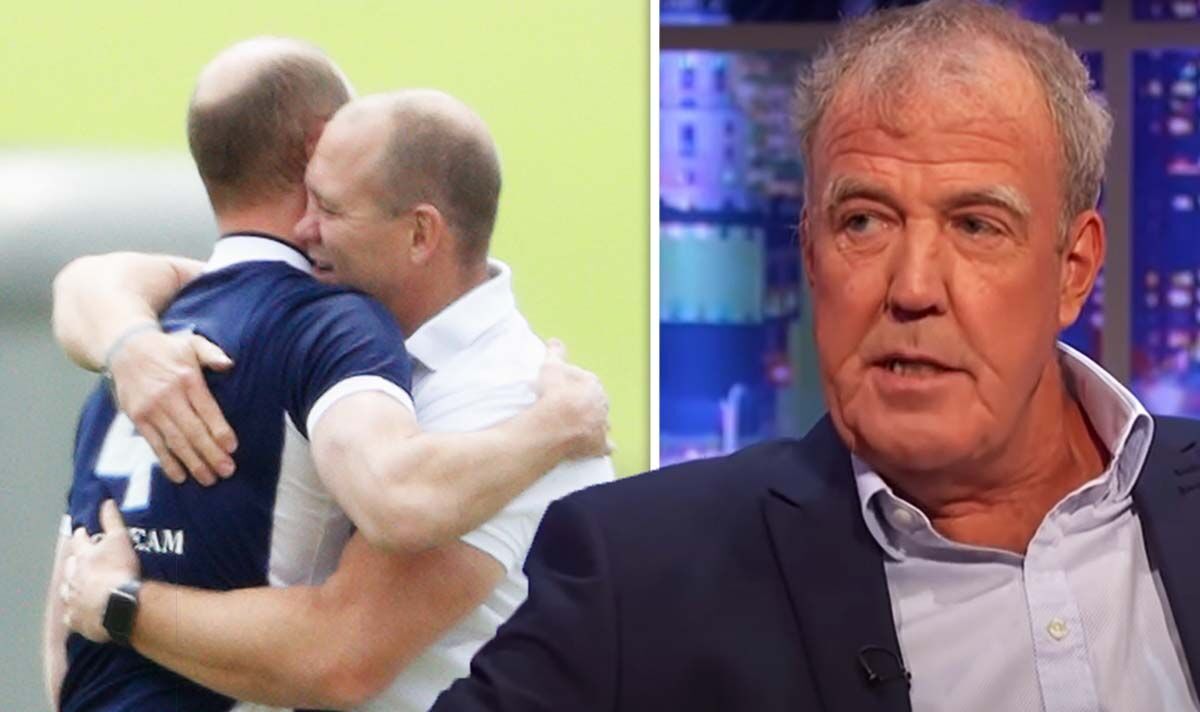 Jeremy Clarkson has told Prince William and Mike Tindall to “get a grip” after they were seen hugging last week. William and Mike shared the embrace when they went to watch Zara Tindall compete in the Houghton International Horse Trials in Norfolk.

The family members were clearly very pleased to see each other, and they were photographed hugging each other tightly as Zara watched on.

The Clarkson’s Farm star has weighed in on the moment in his new column headlined: “Get a grip, chaps.

“It’s time to bring back the handshake.”

Explaining his issue, Jeremy wrote in the Sunday Times: “Last week, Mike Tindall bumped into Prince William at some kind of event where people sit on horses and, at first, their greeting was normal.

“As is the tradition in England, they abused one another. One said to the other something along the lines of, ‘You’re fat’, and the other replied by saying, ‘Your new shoes are terrible’.

“But then, having got the pleasantries out of the way, they did something that until recently was not normal at all. They hugged.”

Jeremy states that he does not like hugging other men because he feels the “sense that [his] genitals are perilously close to theirs”.

Jeremy is also not keen on hugging women, because he says it is “too intimate”.

She held a different view to Jeremy, saying: “These poses between William and Mike are a joy to look at.

“Mainly because an often rather cautious and thoughtful William is so clearly delighted and relaxed in the company of his cousin and her husband.

“Also, because they both clearly adore him and enjoy watching him trade the banter in a way that looks even more fun than it used to when he and Harry were close,” the expert claimed.

It comes as the Royal Family have been busy this weekend celebrating the Queen’s Platinum Jubilee.

Last night, Prince William attended the star-studded Platinum Party at the Palace with his son George and daughter Charlotte.

Today, the celebrations will come to an end at the Platinum Pageant.

The parade will start at 2.30pm and is expected to end at 5pm.