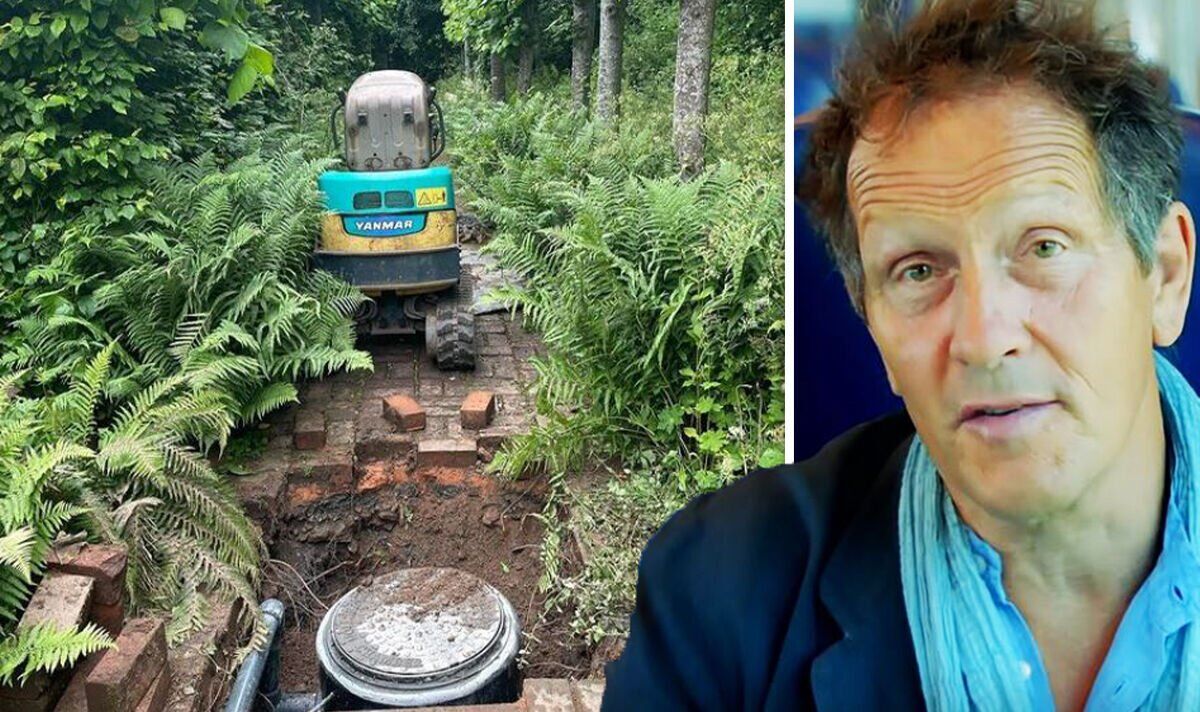 Gardeners’ World host Monty Don has been inundated with support from his social media followers as he revealed the “emergency works” that have been going on in Longmeadow. The celebrity horticulturist, 66, relayed that thankfully there had been “minimum damage” done to his garden in a post on Instagram as his fans expressed their concern.

In view of his one million followers, Monty shared a snap of the works taking place on one of the many paths in his beloved garden.

The snap showed a dug-up section of a path with the drain on show, while loose bricks and rubble was piled up at the side of his borders.

Following Monty’s shock news, fans of the Gardeners’ World star inundated him with messages of support.

“This was because lesser hogweed has become such a prevailing weed that we felt we had to cut it whilst still flowering to stop it seeding and thus spreading even more.

“We will now keep it tightly mown all summer and reseed with yellow rattle in September as well as adding more perennials and bulbs,” he added.

Earlier this year, the star left fans concerned after revealing the damage Storm Franklin had had on his garden.

The storm caused severe flooding in parts of Northern Ireland as well as flood warnings across England, Scotland and Wales.

Monty reassured everyone that the damage was nothing he had not overcome before, adding that some of the plants seemed to like it.

He posted a photo of the normally picturesque land which had turned into a bog, covered in muddy water but with flowers peeking through.

“Big flood – but we have had them many times before – and the hellebores don’t seem to mind,” he wrote, while many fans replied in shock at the snaps of his flooded flower beds.

Gardeners’ World is on Friday 8pm on BBC Two.