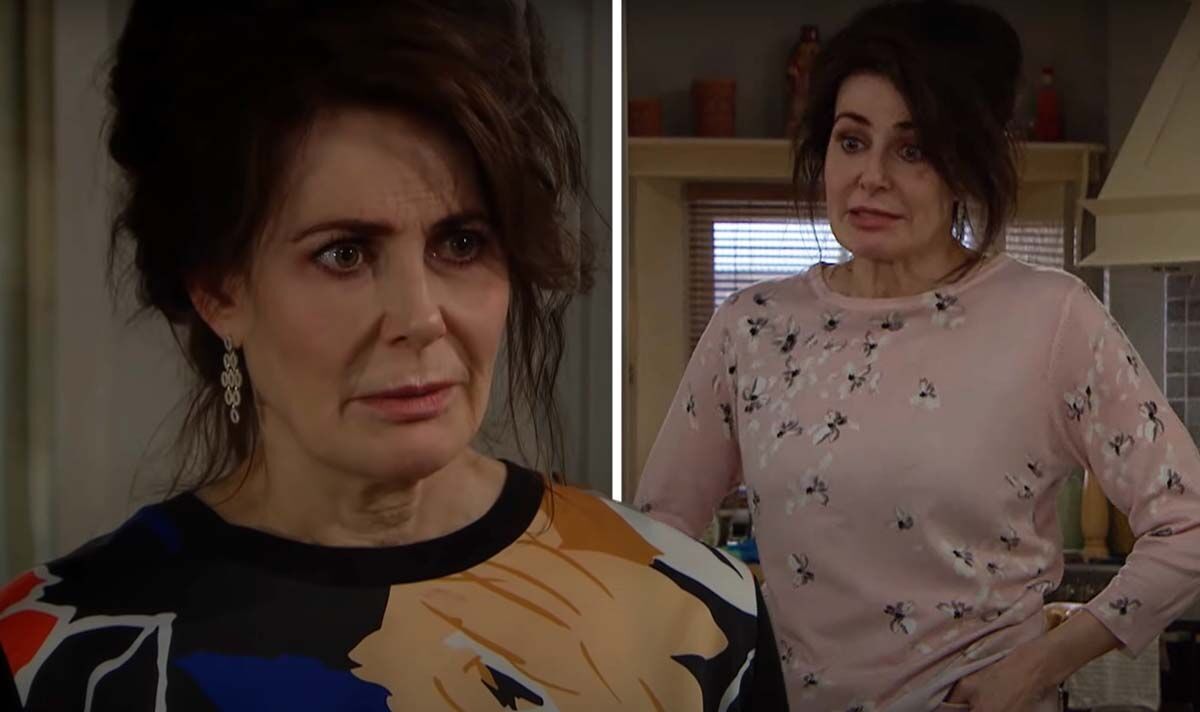 Sally Dexter, 62, has stated that she will “refuse to leave” Emmerdale if Faith Dingle’s relationship with her children, Chas (Lucy Pargeter) and Cain (Jeff Hordley), remains strained. Sally’s character has recently been diagnosed with incurable breast cancer and, as it stands, the matriarch has kept the sad news hidden from her children.

Sally has played Faith intermittently since 2017 but Faith’s terminal diagnosis suggests that she will exit the soap for good.

However, she says that she will simply “refuse” if Faith does not repair her relationship with Cain and Chas.

She told Express.co.uk and other press: “It would be dreadful if they didn’t.

“We would be left on a minor chord. The end of the song wouldn’t be finished.

“It would be terrible. I couldn’t bear that.

“In fact, I would refuse to leave until it was resolved!”

When approaching the storyline, Sally and the Emmerdale team worked with Breast Cancer Now to gain an insight into what living with breast cancer is really like.

Breast Cancer Now is a charity that provides research and care for people affected by the condition.

As a result, Sally hopes that the storyline will “help people” and “get people talking”,  but admits that it has taken its toll on her emotionally.

When asked whether she is finding Faith’s cancer struggle tough to play, Sally confessed: “Yes [I am].

“At first, I thought it was a great way to go with this character because it can go in all sorts of directions, and Faith is a character that can go just about in any direction.

“Then I suddenly realised, when I started reading up about the treatment and about how people cope with the reality of it, it suddenly dawned on me that this is a serious gig.

“It is real and happening to people, so you can’t just take it lightly.”

Thankfully, Sally’s co-stars and the Emmerdale team have been incredibly supportive during difficult times.

She said: “One of the great things about the crew and the other actors is how supportive they are.

“I felt very cocooned, very held, so it has been a great experience in that way.”

Emmerdale airs weekdays at 7:30pm on ITV, with an hour-long episode airing on Thursdays.