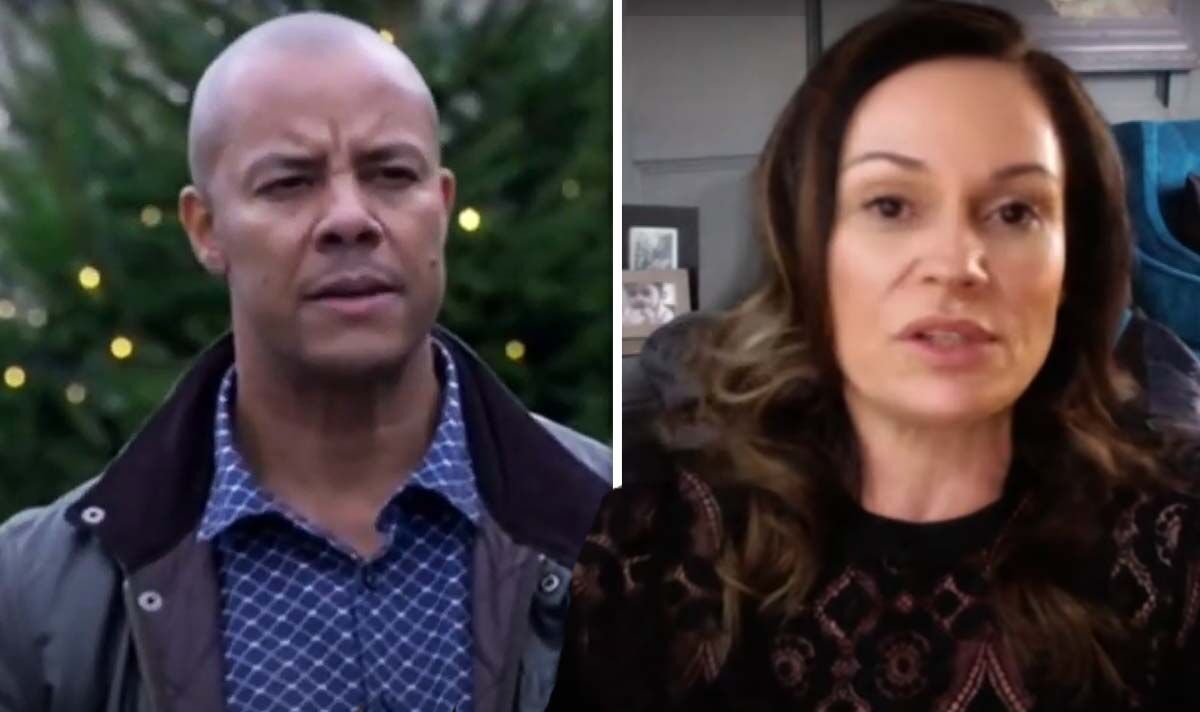 As Chas struggles to cope, she will find comfort in Al and their relationship is set to take a romantic turn.

Lucy and Michael opened up about filming the heated scenes in a new interview with Express.co.uk and other press.

Lucy said: “I think with our characters…there has always been that kind of love to hate relationship.

“It was hard to know where that boundary was, whether it was flirtation or hatred.

“It is always that very, very fine line between, I really fancy the pants off you and I really hate you.

“It has been niggling for a long time.”

The Emmerdale veteran went on to discuss how “weird” it was to film romantic scenes after Covid.

However, now restrictions have been lifted, the cast have been able to go back to normal.

When asked how the transition has been, Lucy admitted: “It was very weird.

“Instead of people saying, ‘You can’t stand next to them, you can’t touch them, you are too close’, now they are saying, ‘Can you just stand there, literally lip to lip and we’ll line up the cameras’.

“It is very strange going back the other way now.”

“All of a sudden, we are told to be as intimate as we possibly can. Coupled with the fact that, well Al doesn’t have a family, but if he did, the two families are so far apart.

“So, not only are you bringing us together as actors, you are also bringing the families together in this really intimate place.”

Chas and Al’s fling begins when Al offers her a shoulder to cry on as Chas contemplates her mother’s incurable illness.

Things will take a turn when the pair bond over a bottle of wine and share a passionate kiss.