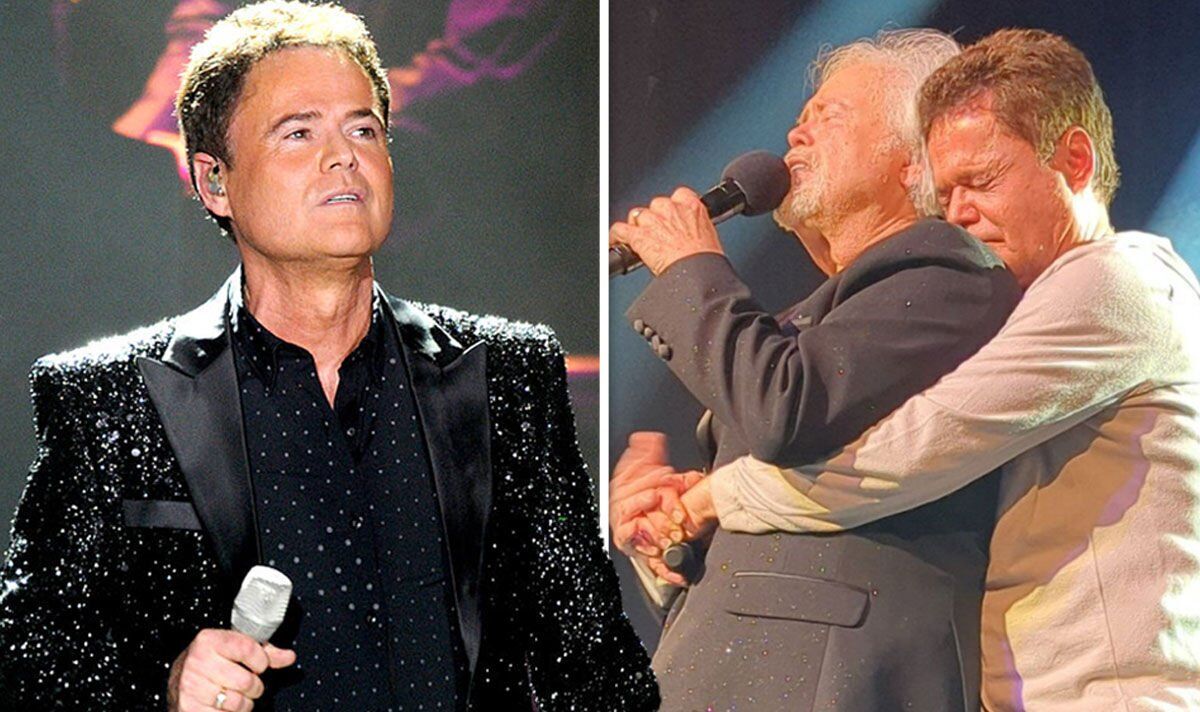 Donny Osmond, 64, recently opened up about his brother Merrill Osmond, 68, who performed his final show back in April. The teen idol has since addressed a touching moment he shared with his elder sibling after the pair were pictured in an emotional embrace.

Speaking about his life and career with Kevin Pollack, the performer admitted seeing his brother perform for the final time was a difficult moment.

But the Puppy Love hitmaker added it was the first time in his life where he felt like a fan as he watched Merrill’s final perfomance.

Kevin asked: “What was that night like for you performing with Merrill?”

Donny replied: “Kevin, I was in the audience like a fan. I was singing the songs. I finally knew what it felt like to be a fan.

“I went to my brother, Merrill’s final performance here in the US.

“As I watched him, I turned into a fan myself as I sang along with all of the other fans packing the Westgate theater, where we performed together in the 70s.”

He continued: “He asked me to join him at the end of the show and as he sang his closing song, I couldn’t help but give my brother a farewell hug.

“Yes, it took all of us to create The Osmonds, but it was Merrill’s voice that created the sound. It was an amazing moment. Thank you, my brother.”

Merrill performed his final show at the Westgate Theatre in Las Vegas two months ago.

He closed the show with Hard To Say Goodbye for his last performance in the US.

The Osmonds are an American-born family and musical group that reached the height of their fame in the early to mid-1970s.