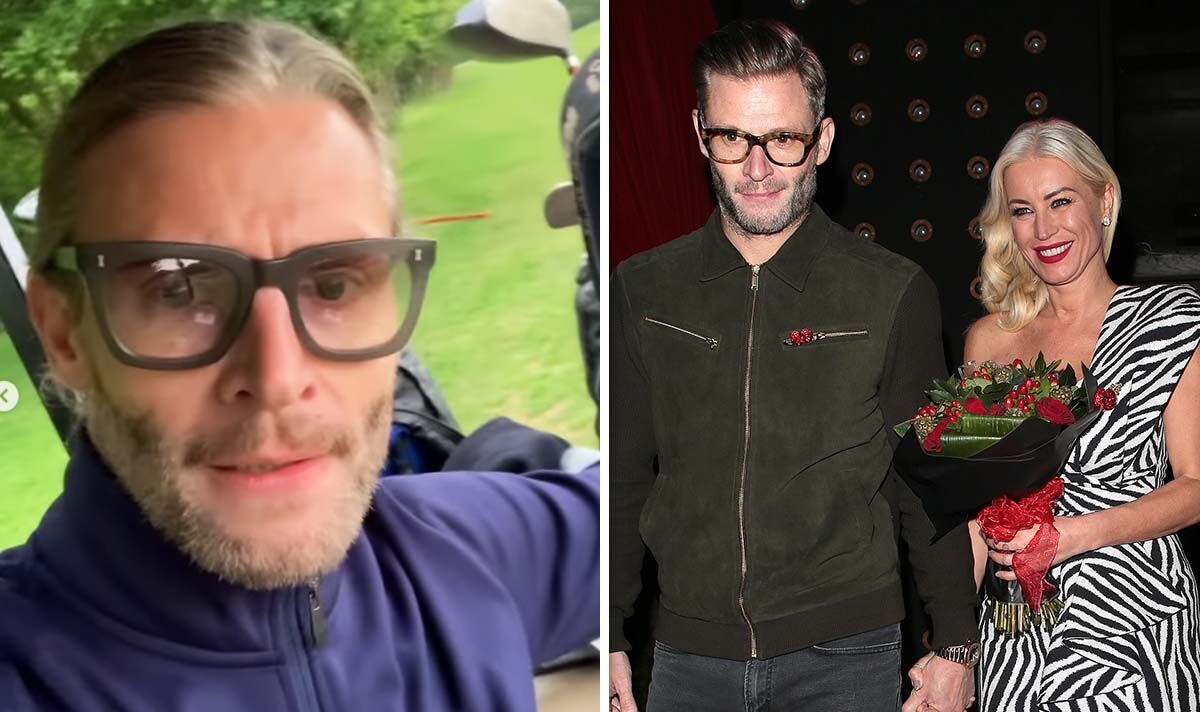 Eddie Boxshall, 49, has spoken out since his split from Denise van Outen, 47. They were together for seven years before Denise discovered he had been sending cheating texts behind her back. Denise discovered up to 20 messages and photos on Eddie’s iPad and confronted him in a “rage”.

The furious TV star then threw him out of the house and told him she did not want him “in her life”.

Recalling that day, Eddie said: “As I left, I knew it was going to be the last time I would ever see her. I was absolutely gutted.

“I hurt ­Denise, I broke her trust and I’m deeply sorry…I deeply regret that I sent those messages.”

Eddie added that he has attempted to apologise to Denise and says he has not been in a “good place” since their split.

READ MORE:Rhian Sugden’s says its ‘unbearable to walk’ as assets grown ‘so big’

He continued to The Sun: “I’ve sent her untold messages on text, on email, saying that I love her and that I’m sorry for what I’ve done – that I’m embarrassed and I’m ashamed.”

The Celebrity Gogglebox stars had been dating since 2014 and planned to get married.

Denise confirmed on Instagram earlier this year that they had gone their separate ways.

She penned to her 660,000 followers: “Over the past couple of months, there has been much speculation regarding my relationship with Eddie.

Sharing a snap of himself exercising in the gym, he said: “Never got much sleep last night as the brain was working overtime with life in general.

“Felt sluggish and crap this morning but told myself to get up and at’em!!

“Had an easy 5km run and then hit the weights and now I’m buzzing like a bee.”

In a comment underneath the post, he continued: “I’m just back into my training as I lost over a stone in weight due to stress and anxiety over the last four months.

The following month, Eddie penned a heartfelt tribute to his ex fiancee on International Women’s Day.

Alongside a photograph of Denise, Eddie wrote in view of his 64,000 followers: “Regardless of us sadly going our separate ways I have to acknowledge that in our wonderful seven-and-a-half-year relationship I witnessed the hardest working and most driven woman in her business and amazing mummy to Betsy #neverstops #upmostrespect.”