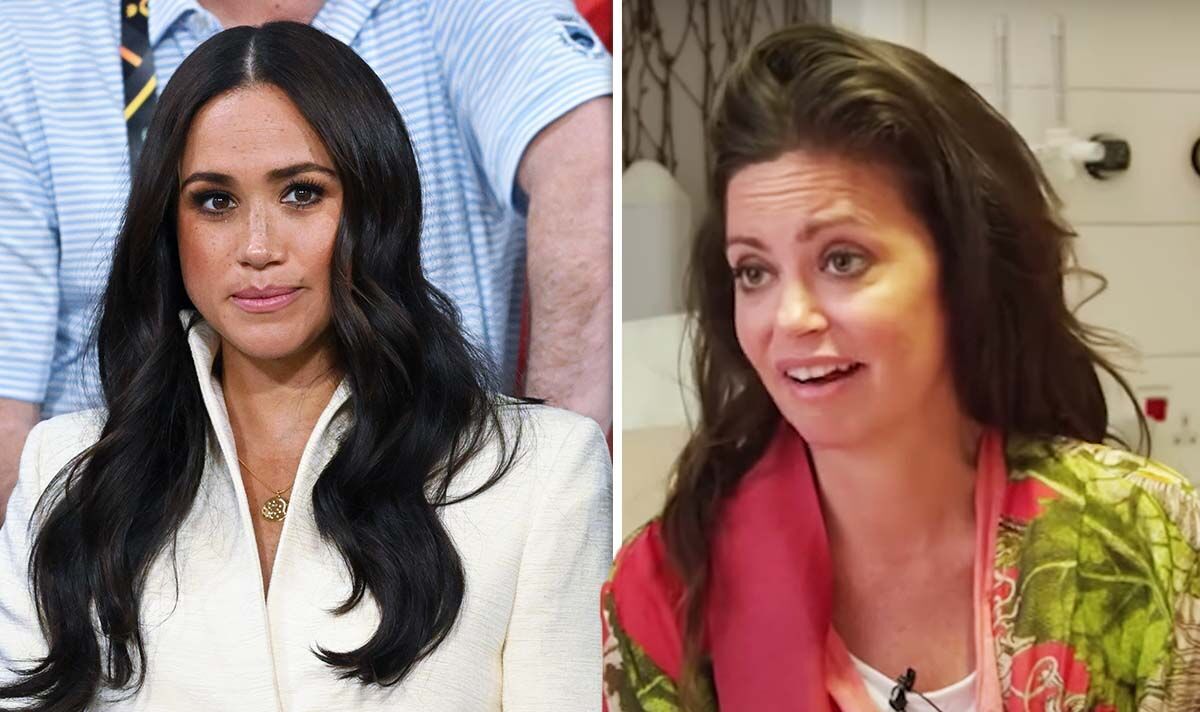 Dame Deborah James, 40, caused a stir when she joked that she was “determined” not to die over the Queen’s Platinum Jubilee weekend because she didn’t want Meghan Markle “stealing [her] thunder”.

The podcast host made the comment in a health update almost one month into receiving hospice at home care for bowel cancer.

She quipped: “I’m determined not to die over the Jubilee weekend, I don’t want Meghan stealing my thunder.

“I haven’t worked so hard to raise cancer awareness and money to help find a cure, only to miss out on another front page when I go,” she told The Sun.

Although many understood that Deborah’s comment was a joke, some took to social media to complain.

Lorisa tweeted: “What a bizarre thing to say!”

Juan echoed: “I hope you get to live way beyond the Jubilee weekend. Meghan comment was uncalled for though.”

And Julian said: “When Deborah James says even jokingly she doesn’t want anyone – let alone Meghan Markle – steal her thunder we all lose a bit of respect for her.”

This morning, Deborah shared a statement defending the jibe.

Lynsey said: “If people don’t see the humour, that’s not on you…You make as many jokes as you like. This is your experience. It is only for us to support you with it (although we’d all rather not have to).”

Ian added: “A bit crude but nothing like humour to keep one’s spirits up. You’re doing great Debs.”

And Rebecca penned: “You don’t have to explain yourself @bowelbabe. So glad you got to see the Jubilee weekend and that concert.”

Deborah confirmed last month that she was receiving end of life care at her parent’s house.

After battling incurable bowel cancer since 2016, she said in the heartbreaking announcement that her body is no longer “playing ball”.

After building up an enormous fan base through documenting her illness, Deborah’s Bowel Babe Fund has now raised more than £6 million for Cancer Research UK.

She was also made a Dame by Prince William at her family home on May 13.