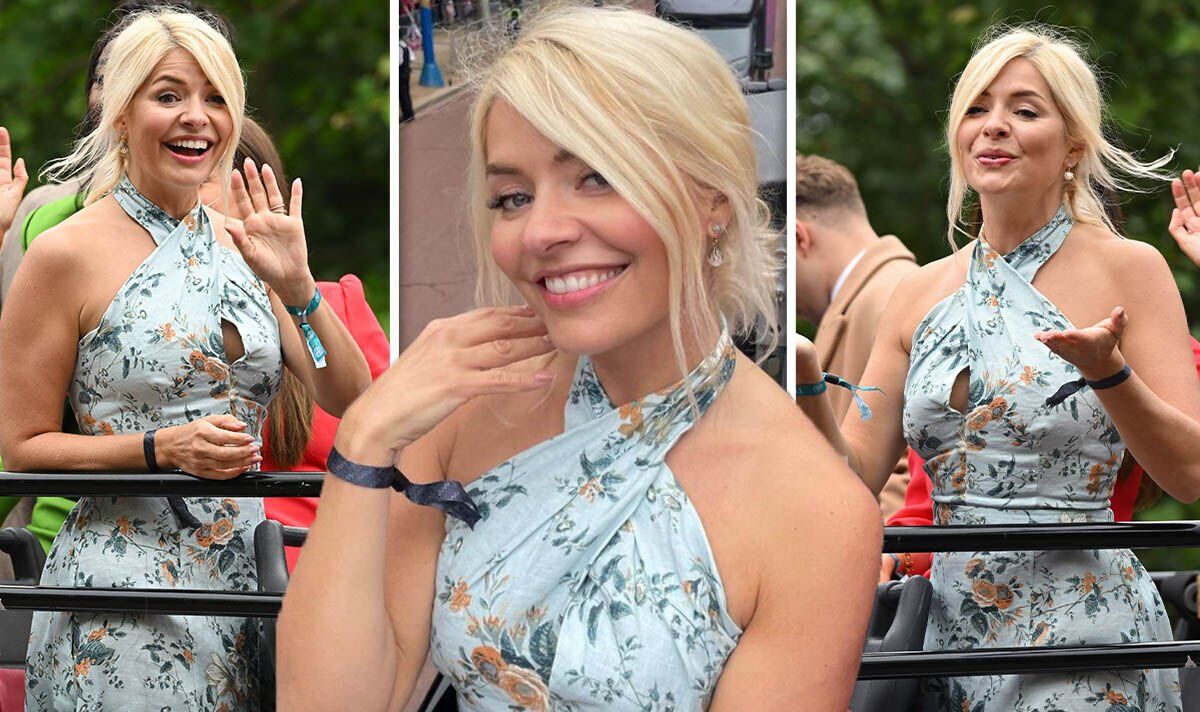 Later he shared a shot to his Instagram Stories as he posed with Holly and Coronation Street’s Anthony Cotton.

Martin Lewis, Sir Cliff Richard, Gary Lineker, Dame Shirley Bassey and Idris Elba were among the 150 celebrities that travelled in double-decker buses to pay homage to the Queen’s final day of her Platinum Jubilee celebrations.

The colourful open-top buses each mark the seven decades of Her Majesty’s reign, which were covered with images and famous slogans from the time period.