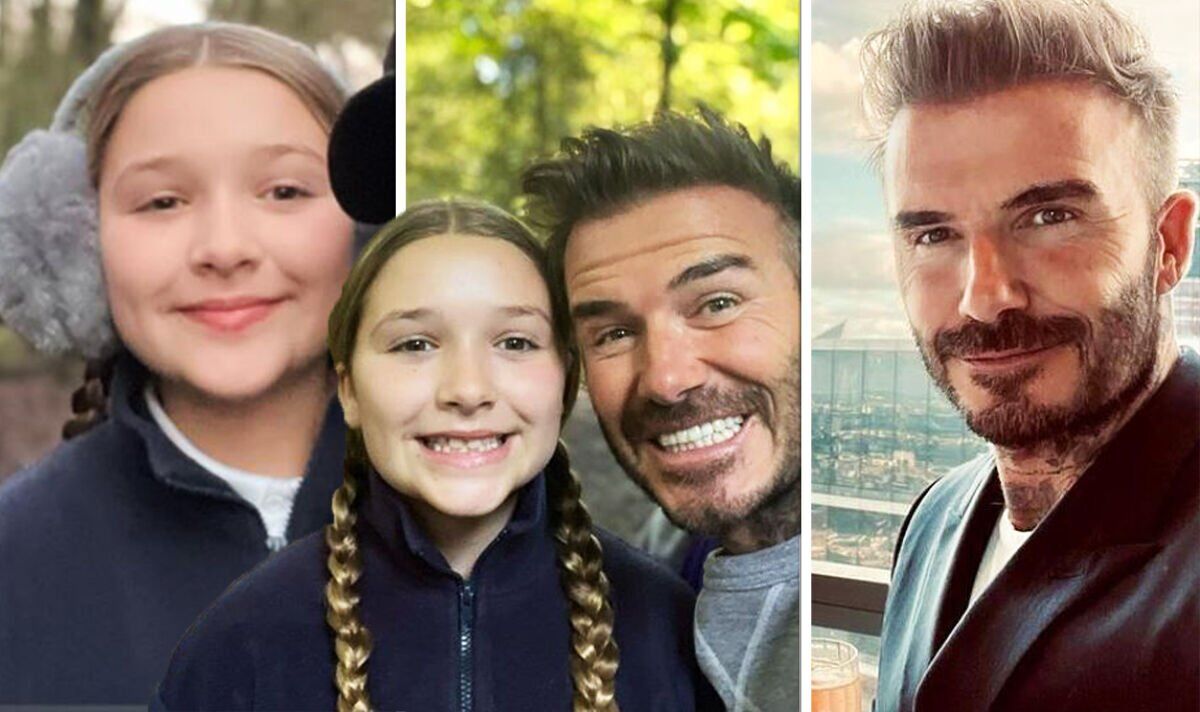 David Beckham sparked a frenzy today after sharing a lookalike snap of himself with his daughter, Harper Seven, on Instagram.

The footballing legend, 47, shared the candid selfie which showed he and Harper walking through a tree-lined street while giving the camera their best smiles.

David told his 73.9 million fans: “Smiles all around #HarperSeven @victoriabeckham.

In the sweet snap, Harper wore her brown hair in two neat plaits which fell down her shoulders, while dad David wore a grey sweatshirt which revealed his tattoos going up his neck.