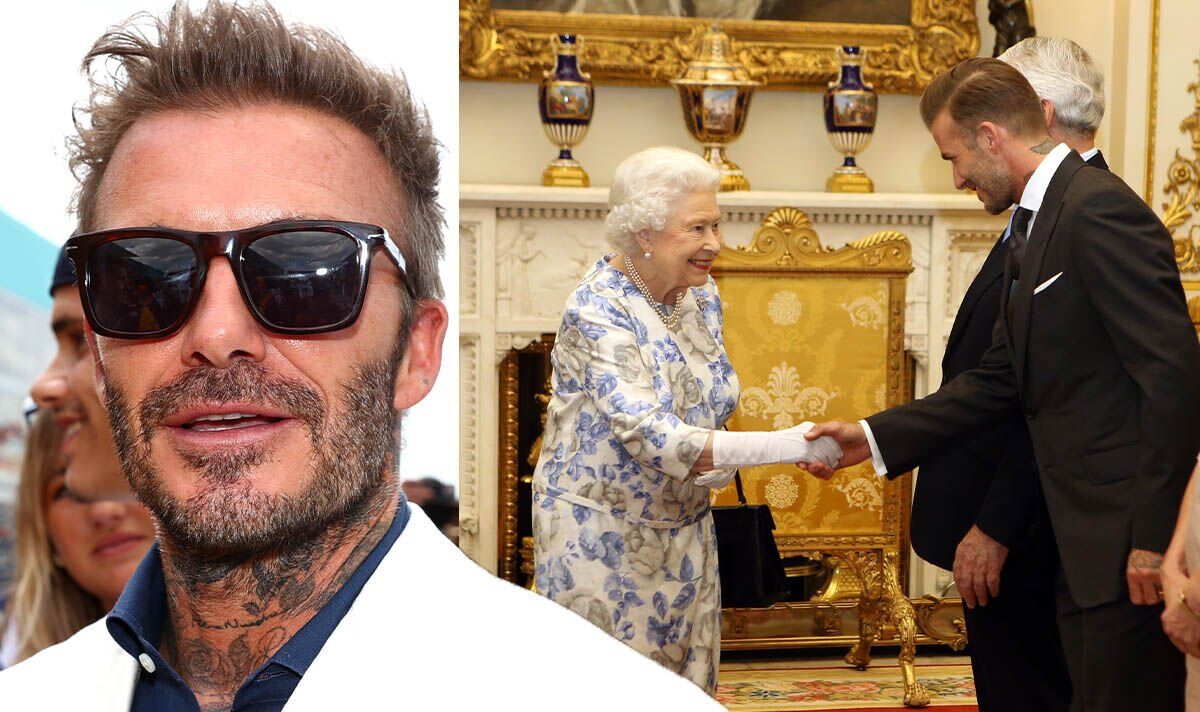 David Beckham, 46, has been hit with criticism after he took to Instagram today to share a tribute to the Queen ahead of her Platinum Jubilee celebrations, with many believing he had an ulterior motive. The former footballer posted a string of posts, including one of him and the Queen in 2016, leaving fans to mock the star as they claimed he is “begging” for a knighthood.

David has been mocked by fans as he shared a gushing tribute to the Queen, with many joking he is “still trying for his knighthood”.

He posted a series of seven snaps in view of his 73.7 million followers, showing the Queen throughout her reign and ending with a picture of her with David at the Young Leaders Awards in 2016.

David captioned the post: “Today, we celebrate our Queen’s Platinum Jubilee. 70 years of service and inspirational leadership of our country.

“Let’s come together and commemorate her remarkable reign with a great British party these next few days.”

The Sun claimed last year that David had been formally nominated and moved to the official recommendations list in June, however, nothing has been heard since.

He was close to receiving a knighthood in 2014 on the New Years Honours list, however, his alleged tax avoidance got in his way.

David had received a “red flag” warning from HM Revenue and Customs due to his alleged involvement in a tax avoidance scheme.

The former footballer has offered a large contribution to society with his charity work and strong partnership with UNICEF.

He received numerous accolades when he was a footballer and played for some of the biggest clubs in Europe, including Manchester United and Real Madrid.

David and his success have made him one of the most recognisable names in sports, and has even agreed to a deal later this year to be one of the faces of the upcoming Qatar World Cup.

He already holds an OBE, given by the Queen in 2003 for his services to football, having at that point made 265 Premier League appearances for Manchester United and scored 61 goals.

He had also made 81 Champions league appearances, scoring 15 goals.