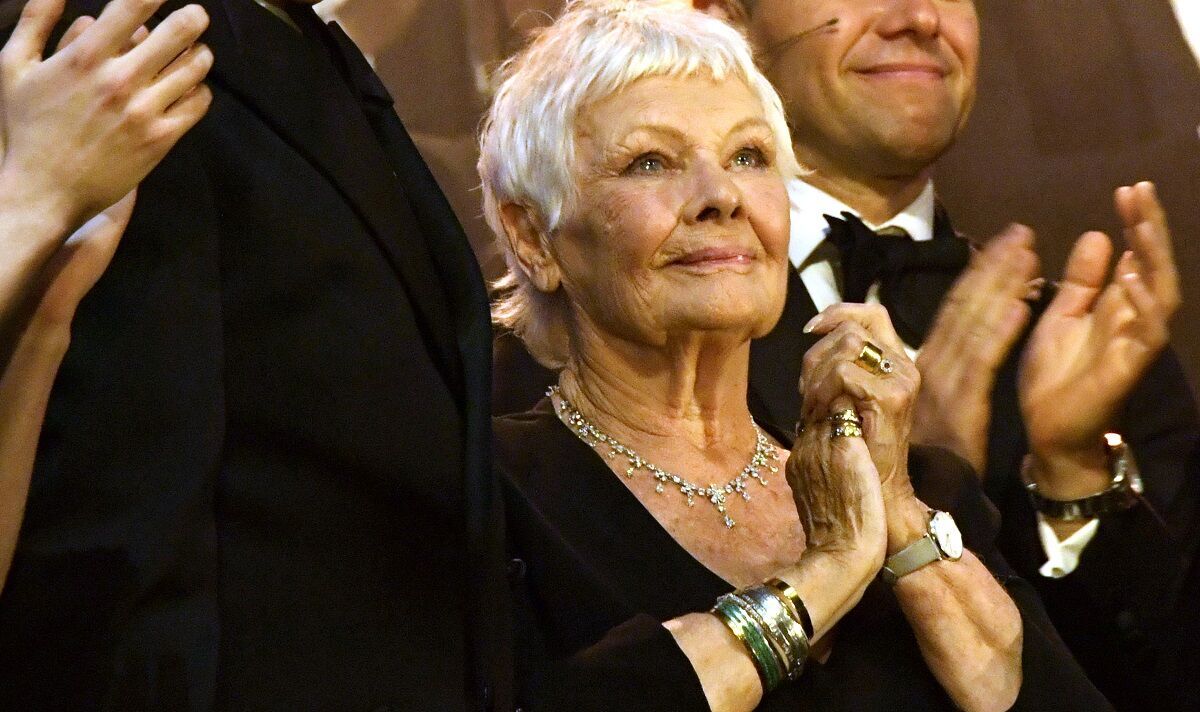 The 87-year-old bowed gracefully after stepping on to the stage at the end of the gala performance of the late US composer’s show Old Friends. She was joined by fellow stars and some of the legendary lyricist’s favourite singers including Maria Friedman, 62, and Bernadette Peters, 74.

It came as Dame Judi confessed to Reader’s Digest magazine that she is “frightened” each time she finishes a role as she fears no one will hire her again.

The multi- Olivier and Oscar award winner added: “I get more anxious now.”

Stars packed the stage and stalls at the Sondheim Theatre in London on Tuesday for the memorial.

The event launched the Stephen Sondheim Foundation, established under the terms of his will, which will support up-and-coming creative talents.

Revenue will be raised from productions of his shows, which include Follies and Sunday In The Park With George.

Musical impresario Cameron Mackintosh said of the composer, who died last November aged 91: “It’s extraordinary. He’s left everything to the writers of the future.”