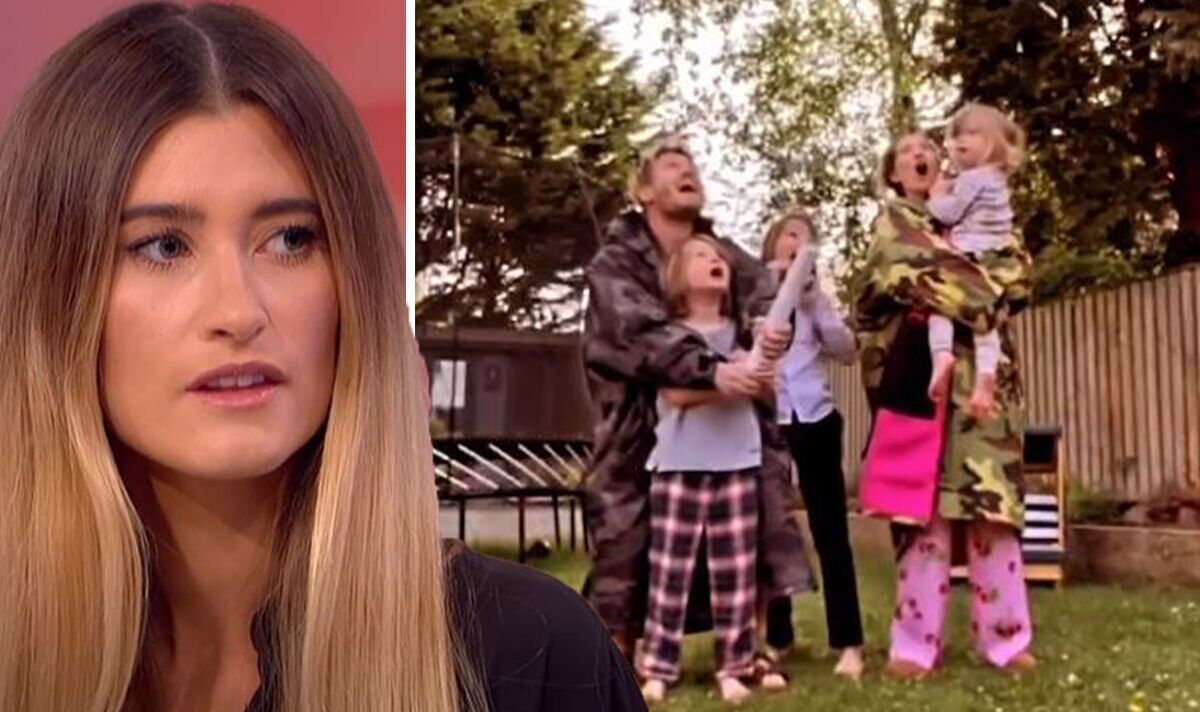 Emmerdale star Charley Webb has taken to Instagram to issue an apology after a clip of her and her family celebrating husband Matthew Wolfenden’s birthday yesterday caused some followers to mistakenly think they were doing a gender reveal. The actress, who played Debbie Dingle in the ITV soap, was quick to clear up any speculation that she and her Emmerdale actor beau are expecting anymore children.

Yesterday, Charley documented the celebrations for her husband’s 42nd birthday with her 562,000 fans.

Standing outside in their pajamas, the sweet clip showed the family of five letting off a confetti cannon in celebrations of Matthew’s birthday.

Charley held her youngest, Ace, while Buster and Bowie stood with their father as he released the gold decorations.

They could all be seen grinning as the confetti was released into the air, with one of their brood putting his hands over his ears following the loud pop.

Charley then decided to publicly reply to all the fans that had reached out voicing their confusion.

“That is because Ace has decided that he wasn’t going to call him ‘daddy’ anymore.

“He calls him Matthew. Like, not all the time but probably about 95 percent of the time,” Charley revealed.