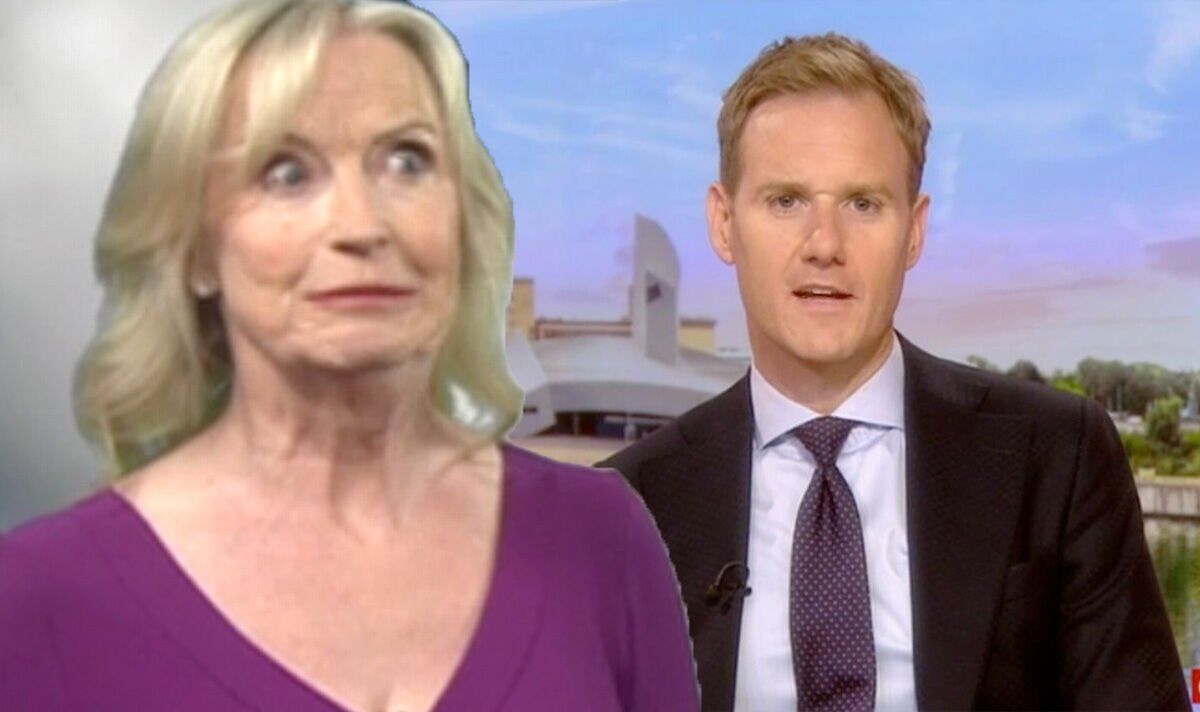 BBC weather presenter Carol Kirkwood reacted after Dan Walker responded to one Twitter user’s “awkward” discovery about her engagement. Dan joked about telling Carol’s fiancé that he was actually the one getting married to his BBC Breakfast colleague.

Former BBC Breakfast colleagues Carol, 59, and Dan, 45, were left in hysterics on Twitter after they were accidentally mistaken for being husband and wife after their picture was shared online.

Carol announced she was engaged to her partner live on BBC Breakfast during Monday’s episode.

Yesterday, Carol and Dan reacted to an article that bizarrely implied they were actually a newlywed couple.

Dan, who recently left BBC Breakfast for a job at Channel 5, joked about breaking the news to Carol’s fiancé.

Carol responded: Dan!!! I am still [five laughing emojis]! What a hoot!” (sic)

Friends and fans of the duo took to the comments to share their thoughts on the picture.