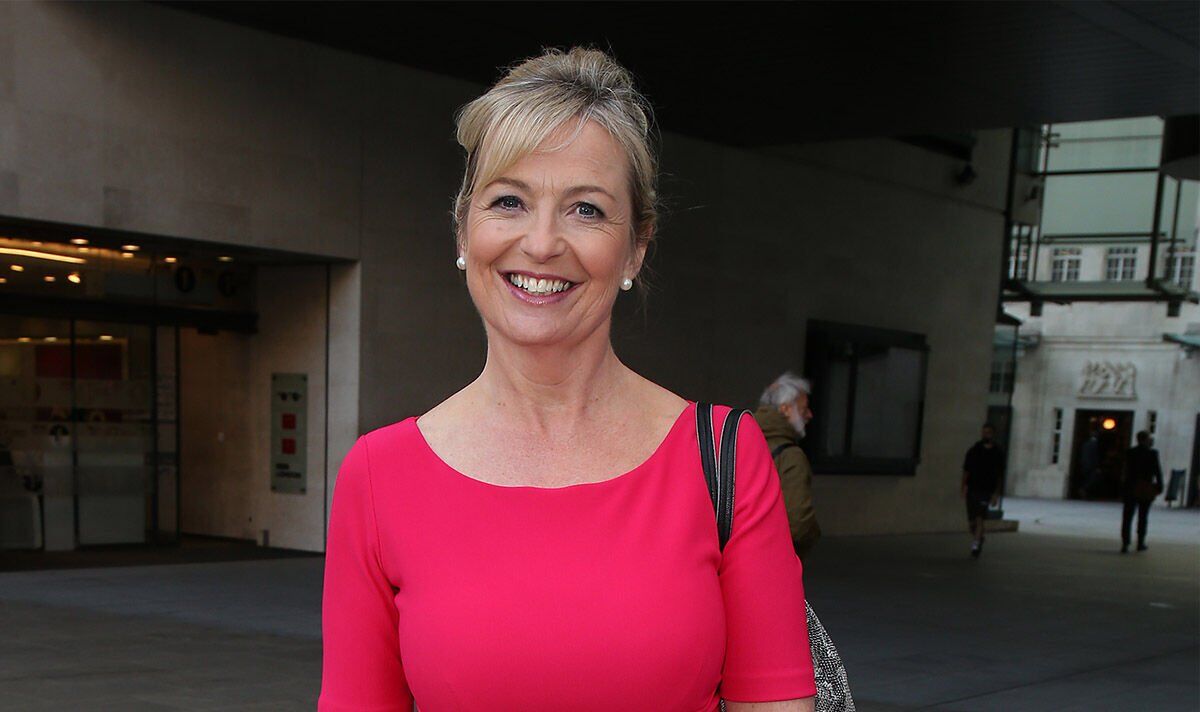 On Monday, BBC weather presenter Carol Kirkwood, 59, announced she had gotten engaged while live on air. She has not discussed the identity of her fiance but glowed with pride as she recounted the “romantic” story of the surprise engagement while out having a picnic with her partner. The Scottish TV personality was reporting from the Chelsea Flower Show when BBC Breakfast presenters Sally Nugent and Jon Kay began lightheartedly grilling her about the ring on her finger.

Sally joked: “I’m a little bit concerned about you this morning. I don’t know how you’re managing to stand up with that giant rock on your left hand, Carol.”

Carol then responded: “Oh that one, thank you Sal. It is rather nice, I got engaged.”

But this won’t be the weather presenter’s first marriage – she was married to Jimmy Kirkwood in 1990, when she was 28, just after she had just started working at the BBC.

Jimmy is best known as a cricket player from Northern Ireland.

They split in 2008, but the details of why the couple decided to divorce were kept private.

However, Carol has revealed some details of how the divorce impacted her.

Speaking to the Radio Times in 2018, she said: “I found myself when I got divorced.

She also told The Sun: “I was married for a long time and I got married quite young so it’s nice doing things I have the freedom to do now.”

In her 2021 book, Under The Greek Moon, Carol admitted the divorce was “all so shocking to me”, and recalled how she’d break down in tears behind the scenes on BBC Breakfast before putting on a smile for the camera again.

“I wouldn’t get married just for the sake of being married, because I’m happy as I am.”

In an interview with Prima magazine last year, Carol discussed her partner, and even admitted she was unsure about getting married a second time.

She said: “I don’t want to say too much about my boyfriend, but I will say that he is very kind and very funny – he’s always making me laugh.

“And extremely handsome, as well.

“He always makes me a cup of tea before I go to work in the morning, which is very romantic – it’s 2.45am and he often leaves me a little love note for when I come home from work.

“That, to me, is worth a million red roses.”

She then concluded: “He is the best thing that’s ever happened to me, without a shadow of a doubt.”