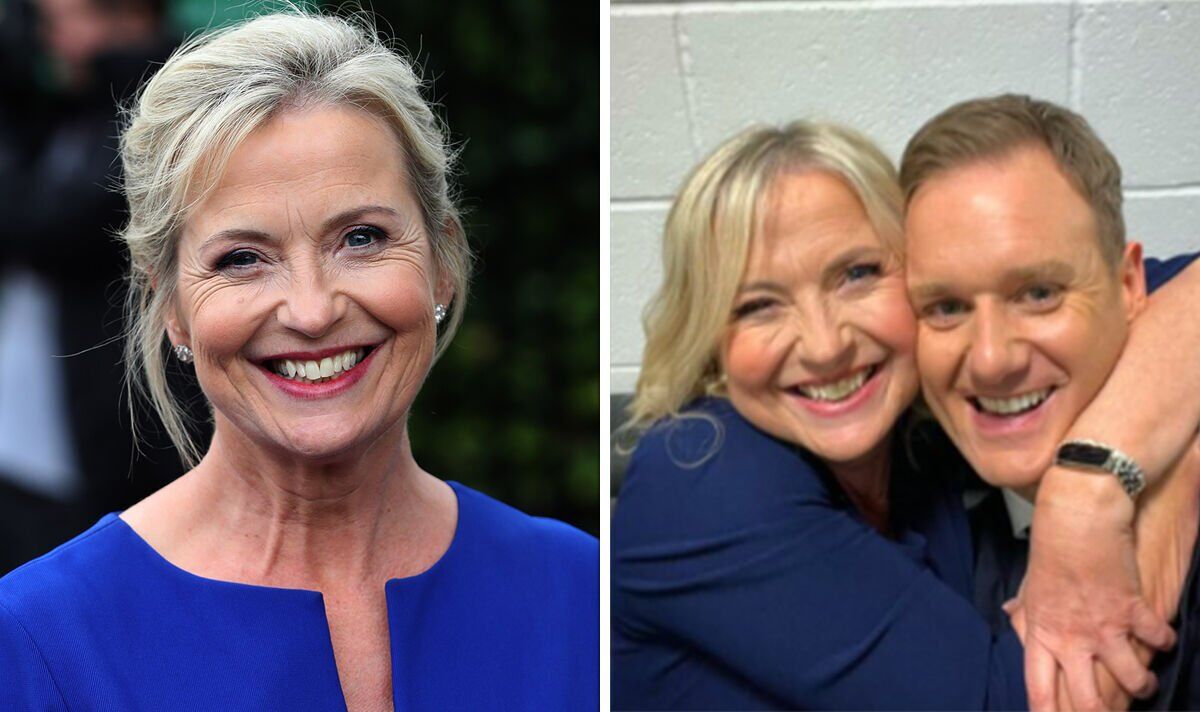 Carol Kirkwood, 59, took to social media to chastise her former colleague over previous remarks he had made in jest. On Monday, Dan Walker, 45, had tweeted a message about Carol, where he had sweetly referred to her as “the best of us”.

The weather presenter confirmed her engagement after revealing she had entered a new relationship last year.

Dan wrote a congratulatory message in view of his 759K Twitter followers.

He accompanied the message with an image of the two of them together.

Dan had to admit he enjoyed her “headlock hugs”.

BBC star Carol split from her husband of 18 years, Jimmy Kirkwood, in 2008.

While presenting from the Chelsea Flower Show on the BBC news show, she was questioned by Sally Nugent, who said: “I’m a bit concerned about how you’re standing up with a giant rock on that left hand.”

Carol explained that her fiancé had popped the question while they were on holiday.

She also said that her partner was so nervous, she “didn’t believe” her other half was proposing.

Viewers were excited at the announcement too.

Hundreds of viewers sent well wishes to Carol via the show.

“I’m still in a daze, I certainly wasn’t expecting it,” Carol confessed.