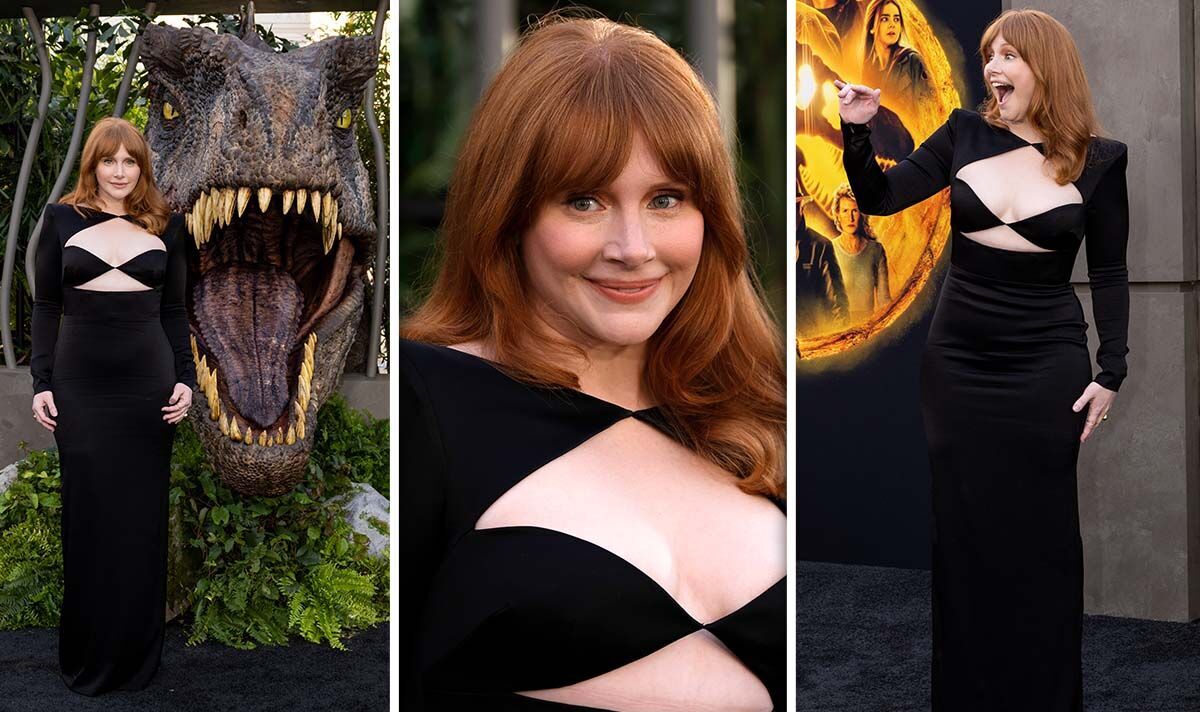 Bryce turned heads as she stepped onto the red carpet wearing a black full-length dress with a cut-out section that made sure her cleavage was on full display.

The stunning film star wore her auburn hair down in a middle parting and opted for a make-up look that featured earthy tones, complementing her complexion.

She posed alongside a huge prop dinosaur and next to her co-stars – Chris Pratt, Laura Dern, and Jeff Goldblum.