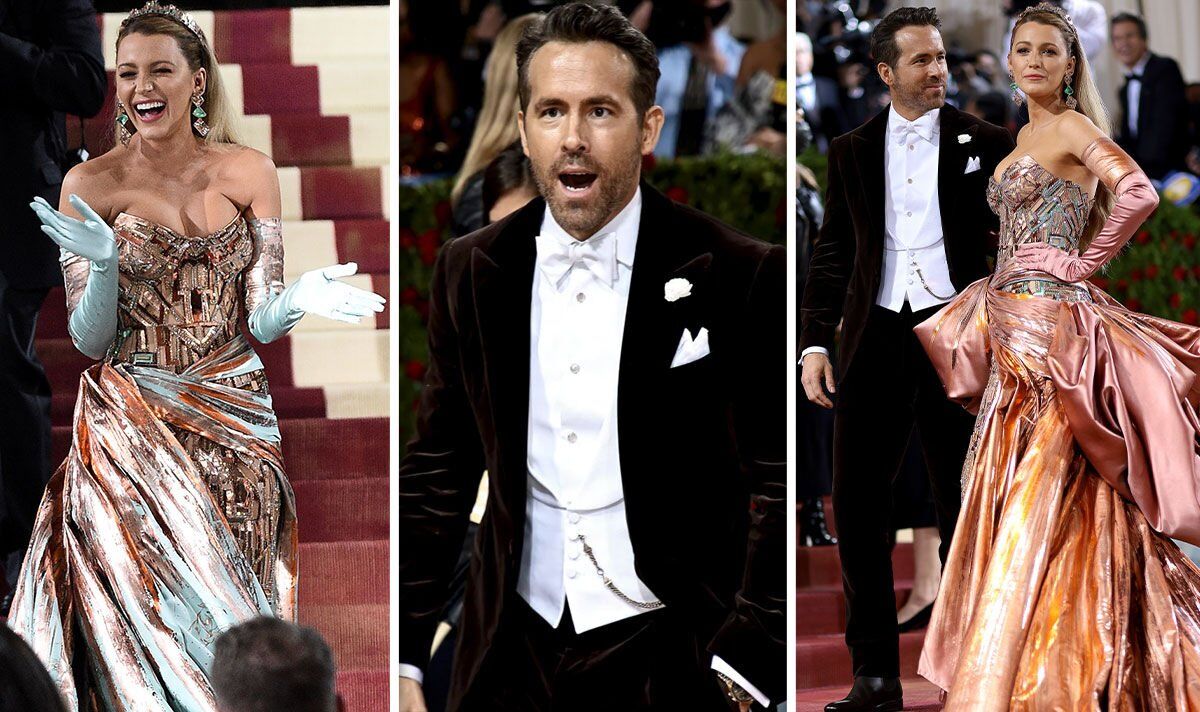 Actress Blake Lively, 34, and her husband Ryan Reynolds, 45, both co-chairs of the prestigious fashion event, stunned on Met Gala the red carpet tonight.

Taking to the red carpet, the Hollywood couple posed for pictures at the Met Gala 2022 and they looked ever so in love.

It’s the first time the couple have attended the event together since 2017.

Ryan wore a black tuxedo while Blake was dressed in custom Atelier Versace.

This year’s Met Gala theme is “Gilded Glamour and White Tie” which is inspired by the extravagant era of American fashion in the last decades of the 19th century.

The Gilded Age was a 30-year period during which industrialists and real estate magnates became even wealthier.

The Met Gala is an annual fundraiser that raises money for the Metropolitan Museum of Art’s Costume Institute.