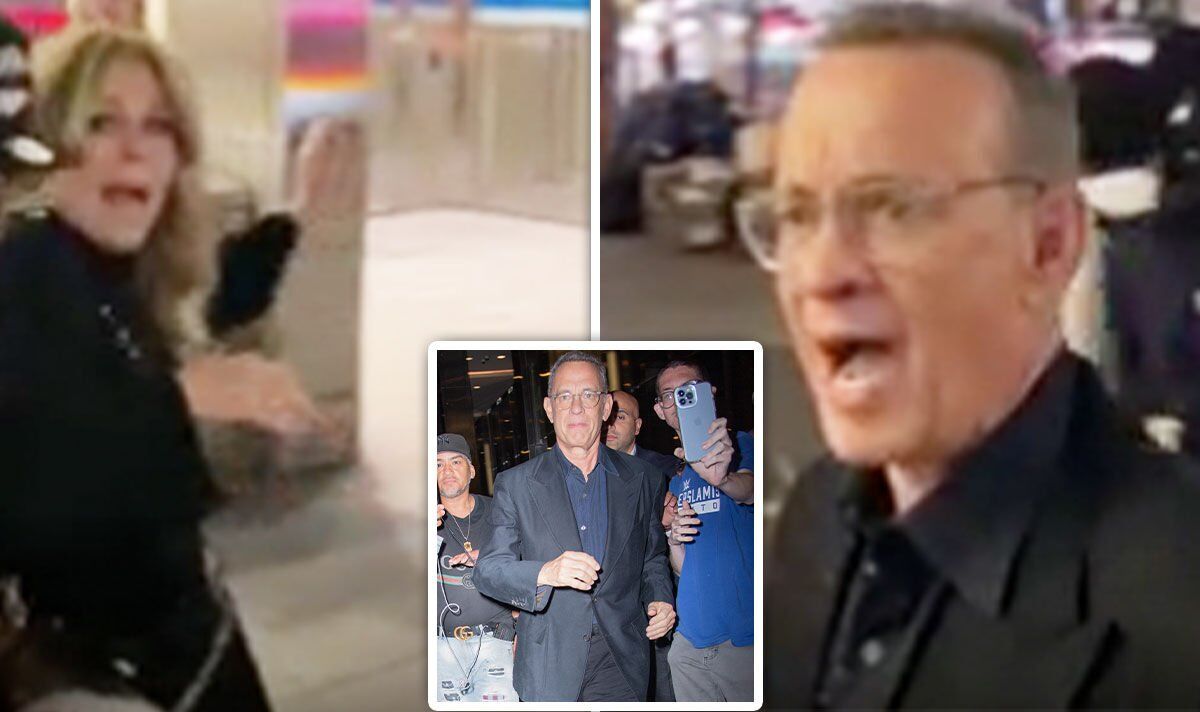 Tom Hanks raged at aggressive fans as he and his wife Rita Wilson were leaving a restaurant in midtown, New York City last night. The star told one fan to “back the f**k up” after the rowdy group of fans led to Rita stumbling over.

Tom and Rita were swarmed by movie lovers taking pictures of them as they made their way to a car in the US city last night.

The movie star yelled at fans when they got so close to them that it caused Rita to trip.

“Back the f**k up!” he yelled incredulously.

“Knocking over my wife?!”

It comes after the Forrest Gump actor sparked health fears this week.