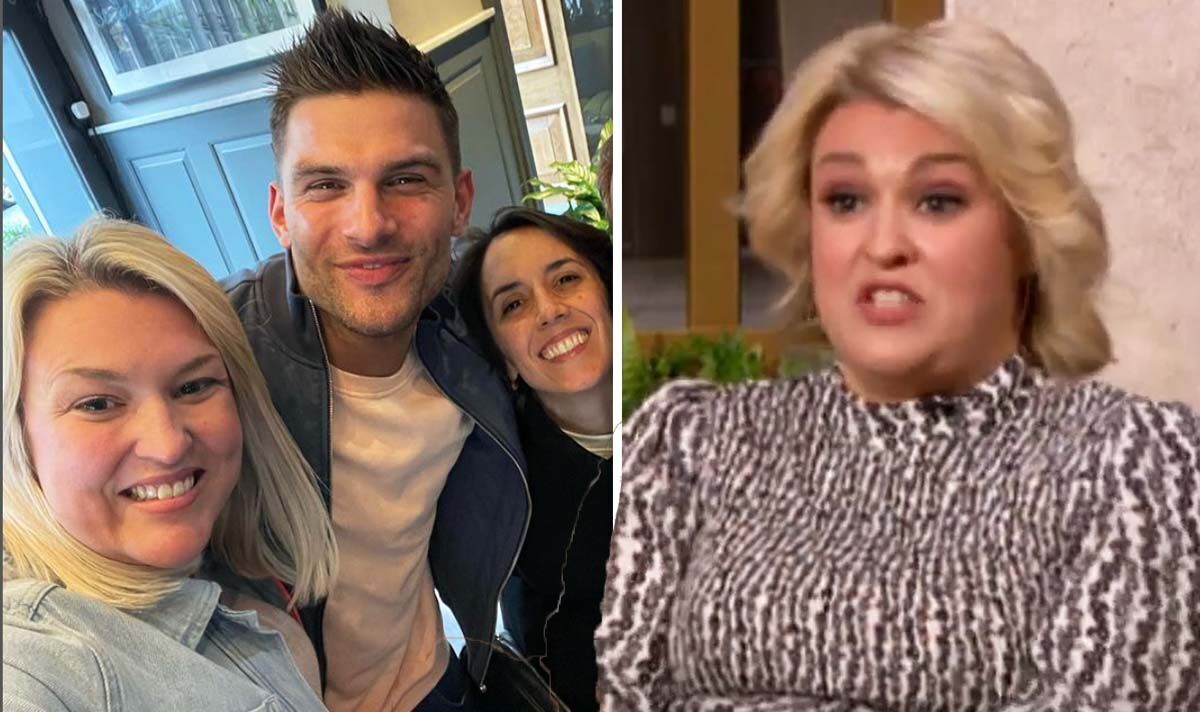 Sara Davies, 38, has opened up about life after Strictly Come Dancing in an interview with Express.co.uk. The Dragons’ Den star states that while she “misses” dancing, practicing with anyone other than Aljaz Skorjanec, 32, is like “going down to a Ford Fiesta”.

Sara explained: “Over Christmas when I had a bit of time, I loved it because I had a reason to keep dancing.

“I was doing the tour and I wanted to practice and keep my fitness up, but I had no one to dance with.

“So, I would hire the studio where me and Aljaz used to practice, and my dad came to learn the steps with me.

“My dad did ballroom when he was younger and his favourite is the Quickstep, so he really wanted to practice that with me. But he is 71 and that routine used to kill me so there was not a chance in hell that he was going to manage it! So, we tried the Foxtrot instead.”

However, Sara has concluded that it is not the same without Aljaz and told him that he is “absolutely coming to dance” with her once he has finished touring with his wife, Janette Manrara, 38.

On the difficulties of dancing with a new partner, the businesswoman explained: “That’s the problem as well because I remember Nadiya [Bychkova] – who dances with Aljaz a lot in the pro dances – one day we had been doing our rehearsal and she watched it and said, ‘It’s really wonderful to dance in his arms isn’t it.’

“I didn’t really understand what she meant at the time but now I’ve danced with a couple of other people, like my dad and I did a bit of practice with a couple of the celebs, I realise that with Aljaz you are dancing with a world champion.

“You don’t appreciate how good he is until you dance with someone who isn’t a world champion, even if they are still an awesome dancer.

“I have been looking to see if I can book the studio for a couple of sessions and at night, I will think my way through one of my routines in my head because I’m frightened to forget them.”

It comes as Sara reveals more about her Strictly Come Dancing journey in her new book, We Can All Make It.

The Sunday Times Bestseller takes readers through her journey to success, from running her business from her university bedroom all the way to becoming the youngest female investor on Dragons’ Den.

On her motivation to write the memoir, Sara said: “I want people, whether they are entrepreneurs or mums who are trying to juggle everything, to pick up my book and connect with something in it.

“I want them to think, if she has done that I can go and do whatever it is that I am trying to achieve.”

We Can All Make It: My Story by Sara Davies is published by Bantam Press and is available to buy now. RRP £20.