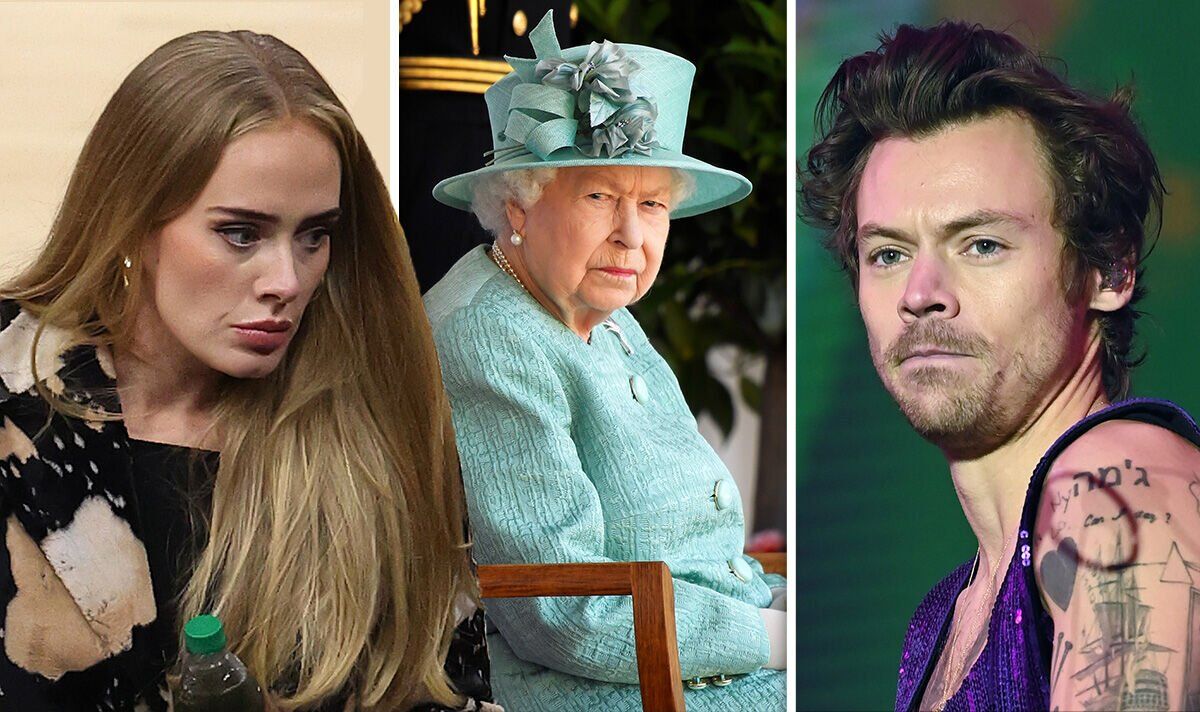 Pop sensations Adele, 34, and Harry Styles, 28, reportedly turned down the opportunity to perform at the Platinum Jubilee weekend. The artists did not take to the stage as part of the four-day celebrations to honour the Queen’s 70 years of service.

The Platinum Party at the Palace was a huge show as part of the Queen’s celebrations earlier this month.

The event saw a number of global superstars perform outside Buckingham Palace, including the likes of Queen, Rod Stewart and Alicia Keys.

Concert organisers were apparently keen for Adele to join the line-up.

However, the Los Angeles-based reportedly turned them down, snubbing the concert in spite of being awarded an MBE for her services to music in 2013.

“They were told she couldn’t do it,” a source claimed.

“Scheduling issues, or something like that, were given as an excuse.

“It caused a lot of surprise, particularly as she was awarded an MBE.

“After all, how many chances will there be to perform in front of Buckingham Palace for the Queen?” the insider told The Daily Mail.

Platinum Party at the Palace took place on June 4, featuring the Queen herself in a pre-recorded comedy segment with the much loved Paddington Bear.

There were some pre-taped tribute messages from some huge names, including Sir Paul McCartney and former US First Lady Michelle Obama.

The band Queen, which included rockstar Adam Lambert singing Freddie Mercury’s iconic melodies, played the songs We Will Rock You, Don’t Stop Me Now and We Are the Champions.

There was a medley of musicals from Andrew Lloyd Webber and Lin-Manuel Miranda, featuring songs from Hamilton, Phantom of the Opera, The Lion King, Six and Joseph and the Amazing Technicolour Dreamcoat.

Music legends like Elton John, Diana Ross and Rod Stewart were in attendance, with the latter giving a special performance of Neil Diamond’s Sweet Caroline.

Eurovision star Sam Ryder, who earned a silver medal for the UK in this year’s competition, also appeared to sing his well-known track SPACEMAN.