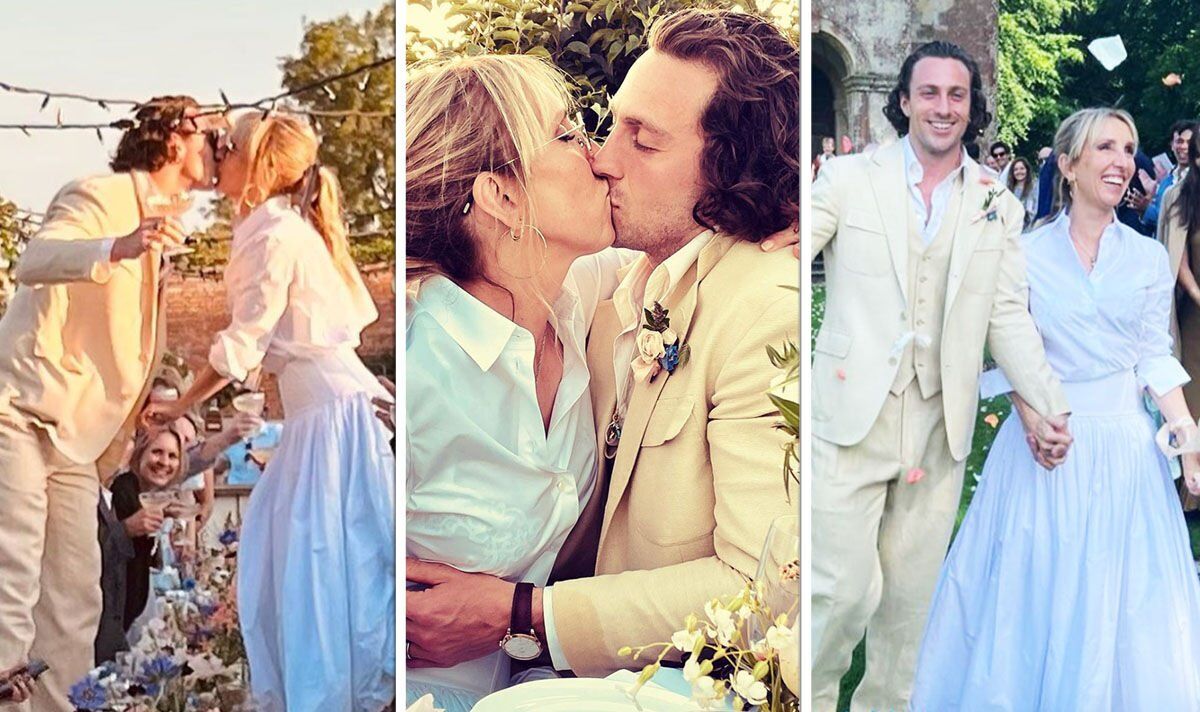 Aaron Taylor-Johnson and his wife Sam Taylor-Johnson celebrated their ten-year wedding anniversary on Tuesday with a vow renewal party. The actor, 31, and his wife, 54, met on the set of the 2009 John Lennon biopic Nowhere Boy, which Sam directed when she was 42, and he was 18.

The pair announced their engagement later that year and married in 2012 in a romantic ceremony in Somerset, England.

Taking to their respective Instagram accounts, the couple gave fans a glimpse into their special day celebrating their anniversary, which was attended by dozens of friends.

Penning a moving tribute to his social media account, the Hollywood star wrote:  “Yesterday was the most beautiful day, summer solstice, our 10th anniversary… we renewed our vows to one another and confessed our love in front of our nearest and dearest friends and family it was a celebration of love and joy!

He added: “A decade of marriage. It was a magical unforgettable day and the sun did not stop shining on us both.. we are blessed beyond belief. Sammy you are my love, my life, my soulmate, my wife, my world!”