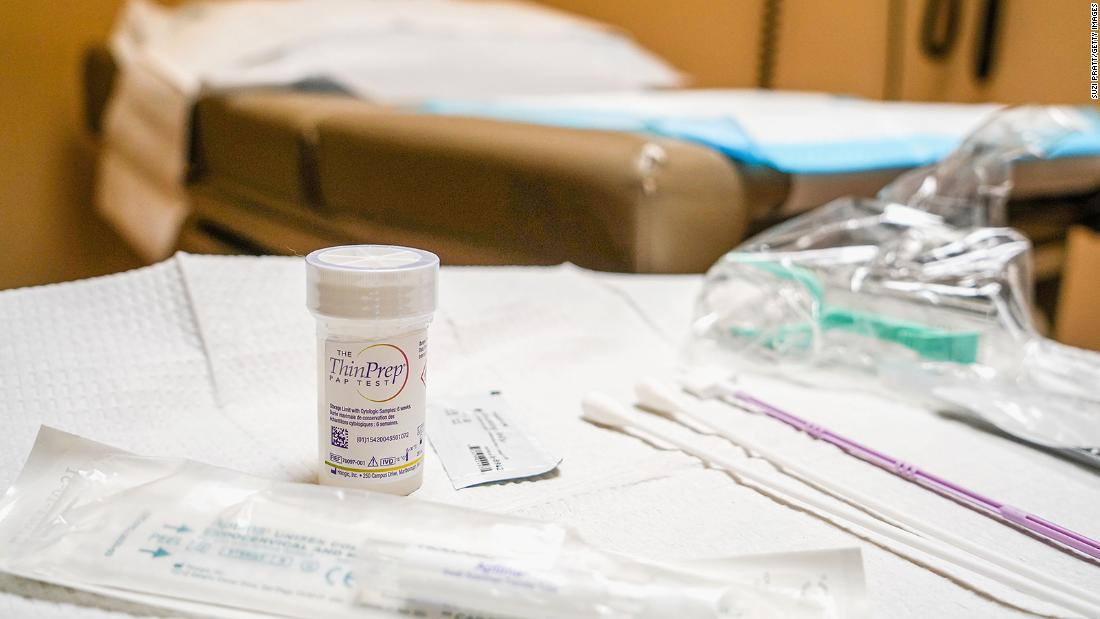 Francoeur and the other researchers looked at data on 29,715 women from 2001 to 2018. The sharpest increase was in White women at a rate of 1.69%, and especially in the South among White women 40 to 44, who had the highest rise at an increase of 4.5% annually. Rates also increased among Black women at 0.67% annually.

Overall prevalence of the disease was higher in Black women. The incidence of advanced cervical cancer was 1.55 per 100,000 Black women compared to 0.92 per 100,000 White women, according to the researchers.

“I think the biggest takeaway is that we are seeing this increase, and there are a couple of things,” Francouer said. “One thing is that, you know, as with many health disparities, metastatic cervical cancer disproportionately affects minority populations, Black and Hispanic women. But then when you look at these trends, we’re actually seeing the largest rate of increase in advanced cervical cancer in non-Hispanic White patients.”

The American Cancer Society recommends that cervical cancer screening should begin at the age of 25 and that screenings should take place every five years up to the age of 65.

“Cervical cancer is incredibly preventable with proper screening as well as access to vaccinations for the HPV virus,” said Francoeur. “And so, to me, these findings were very surprising because I would have expected with the expansion of the Affordable Care Act and more and more women getting health insurance to see kind of the opposite findings of more people being able to get screened.”

When looking at trends in relation to age, the largest and fastest increases in metastatic cervical cancer were seen in the 30- to 34-year-old age group, she said, adding that people in this group are generally healthy and might forego health insurance if they don’t get it through an employer.

In the study, Francouer and colleagues noted that “known” disparities in access to screening and health care are associated with higher rates of advanced cervical cancer among Black and Hispanic women. But the findings showed White women were more likely to report no cervical cancer screening in over five years than other racial and ethnic groups, and White teens have the lowest rate of HPV vaccination.

“This highlights how important it is for everyone to have access to routine health care and be able to access recommended screening tests, and how even in young, otherwise healthy women, pap screening is very important and can save lives,” Francoeur said.

She also highlighted that the data used for the research only went through 2018, before the Covid-19 pandemic.

The US Centers for Disease Control and Prevention recommends routine HPV vaccination at 11 or 12 years old, although it can be started as early as age nine. If not adequately vaccinated when younger, vaccination is recommended for everyone through the age of 26.
“We know that cervical cancer in today’s day and age, with primary prevention with vaccination and secondary prevention with pap-based or HPV-based testing will essentially eliminate cervical cancer, we have the tools right now to eliminate cervical cancer,” said Dr. Mark Einstein, professor and chair at the Department of Obstetrics and Gynecology and Women’s Health at the Rutgers New Jersey Medical School. “But, what this data has shown is that when we’re not following those screening guidelines, or people aren’t getting screened enough, or people aren’t getting vaccinations, that we’re going to actually miss some of these windows of opportunity to pick up these cancers.”

Einstein stressed the importance of vaccination, especially for girls when they become eligible, and screening.

In order to avoid missed opportunities, Einstein said,”screening and effective management for cervical cancer is something that we need to continue to be very actively seeking.”

“There’s not many cancers for which the stage four prevalence is going up, particularly for a cancer that has both a prevention component to it that’s medical in nature, not lifestyle in nature. In this case you have a vaccine, and that has a routinized, regularly deployed screening,” he said.

Kamal pointed to colorectal cancer, breast cancer and lung cancer, all of which are examples of cancers that have early, regularly deployed screening and are not seeing rising levels of stage four prevalence.

“I think it’s really emphasizing two pieces,” he said. “That the uptake for HPV vaccination is still not where we want it to be, one,” he said. “Two, that there remain important barriers to access to special level care.”

While cervical cancer overall is not very common, it does require a level of expertise that is often found at larger cancer centers, in urban areas and may involve higher out-of-pocket costs, Kamal said, and these barriers of care can cause disparities to be magnified.

“There’s just so many components to this where, for one population it’s about lack of HPV vaccination uptake, and for another population, it’s really about chemotherapy resistance, lack of access to specialist care and probably a changed biology,” Kamal said. “What you have here, in one cancer, is all the different types of disparities one could think of, kind of enmeshed into one space.”